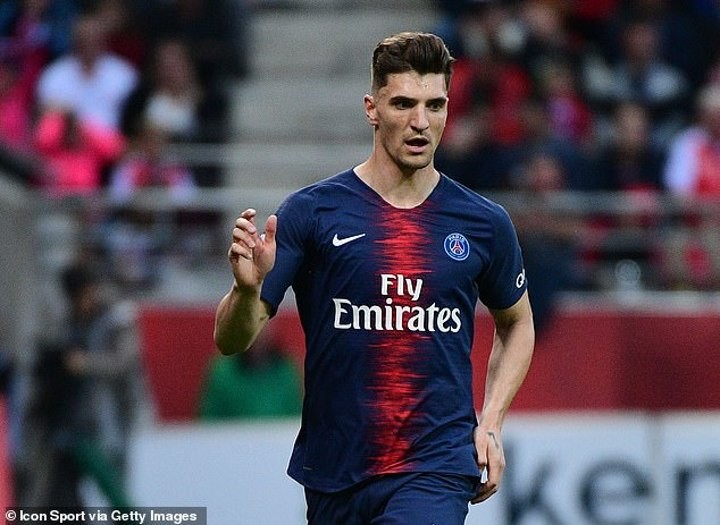 Players across Europe are currently in limbo with no certainty over when the football season will resume and many of their contracts set to expire in the summer.

While there have been reports of special rules being created to allow such players to continue to play for their clubs until the season finally concludes, there have also been suggestions that some players could walk out of their clubs before the end of the season under the terms of their contract.

These are some of the biggest names in the game who face uncertain futures due to their deals are expiring this summer - and the clubs who also face a major headache as a result.

Manchester United are weighing up a move for Paris Saint-Germain right-back Thomas Meunier, who looks set to leave on a free transfer this summer. The Belgian is not a regular in the PSG side and there appears to be no sign of a new contract.

A report from Le Quotidien du Foot earlier this month said that Ole Gunnar Solskjaer has identified the Belgium international as a potential signing, suggesting he is looking to find cover for Aaron Wan-Bissaka and the option of switching up his full-backs.

The 28-year-old Meunier has other admirers - German giants Borussia Dortmund and Italian side AC Milan, plus Jose Mourinho's Tottenham.

Like his PSG team-mate, Edinson Cavani is also available this summer. In fact, his mother has stated 'many clubs' are interested in signing the forward but his preference remains a move to Spain.

The 33-year-old has just two months left on his contract at the Parc des Princes, and has been linked with several South American clubs, including Boca Juniors and Flamengo, in recent weeks.

But Cavani's mother Berta Gomez has maintained that her son plans to continue playing in Europe. Atletico Madrid have long been at the front of the queue, but the club are in financial turmoil due to the coronavirus crisis.

David Beckham's Inter Miami are competing with AC Milan for the signature of Manchester City star David Silva, according to Corriere dello Sport.

Milan have already entered talks to sign the Spaniard when his City contract expires in the summer.

The 34-year-old has enjoyed 10 successful seasons in England but has confirmed he will depart the Etihad Stadium this year.

Milan have contacted the player's representatives with a view to completing a free transfer. His other option is Las Palmas, a low-key move but one that would take him home to Gran Canaria and see him reunited with his family.

Mario Gotze has confirmed he is ready to move away from Borussia Dortmund this summer. Dortmund sporting director Michael Zorc confirmed this week Gotze will not remain at the club after his current deal expires.

The gifted midfielder, who is still only 27, is out of contract at the end of the season and is attracting interest from a number of clubs in England and across Europe.

Gotze, a World Cup winner who has made 63 appearances for Germany, scoring 17 goals, signalled his intent to change direction in his career by switching to top agent Reza Fazeli from International Soccer Management (ISM), who also represent the likes of Emre Can plus coaches Lucien Favre and Peter Bosz.

He is not a guaranteed starter for Dortmund, with his career dip continuing following his World Cup final goal and subsequent health problems. Yet he remains a prodigious talent, and West Ham and Everton are reported to be keen.

Roma are set to offer Chelsea winger Pedro a contract as they look to convince him to join on a free transfer.

The winger's current deal with the Blues is set to expire at the end of June and it is expected that he will leave Stamford Bridge. He has expressed a desire to stay at the club but talks over a new contract have collapsed.

Roma are eager to sign Pedro and are ready to offer him a contract of £2.7million a year plus bonuses.

Leicester boss Brendan Rodgers denied the club have made any approaches for Liverpool midfielder Adam Lallana earlier this year.

This is despite Lallana, 31, being out of contract in the summer and it has been reported that the Foxes have made enquiries with his representatives.

Rodgers was in charge at Anfield when Liverpool signed Lallana from Southampton for £25million in 2014, and his technical gifts would make him a perfect fit in Leicester's midfield alongside the likes of Youri Tielemans and James Maddison.

Willian's search for a new club is on hold, with the Chelsea star's agent insisting that neither the player nor interested clubs feel comfortable discussing a move amid the coronavirus crisis.

The Brazilian is almost certain to move on from Stamford Bridge at the end of the season, with the winger's contract running down after talks of a new deal fell flat.

The Blues' second longest-serving player has, however, committed to staying on until the season has been completed, so past the end date of his contract.

It remains to be seen whether that would be possible, but if it is then any move would become complicated. An injury suffered after the resumption could put off any suitors. Barcelona have tried to sign Willian on numerous occasions.

Chelsea are reported to have made a fresh bid to sign Dries Mertens this week, but Inter Milan and Newcastle, once they are flush with cash from their new Saudi owners, are ready to provide competition.

The Blues made an offer for the 32-year-old forward back in January but this was turned down.

Now they have been offered encouragement to try again with reports in Italy suggesting Mertens is now reluctant to commit his future to Napoli.

The Belgian is the club's all-time top goalscorer but seems to want a new challenge. He is not just a finisher too - he can play in any forward position, wide or centrally.

Arsenal are confident they are favourites to sign Ryan Fraser, with the Bournemouth winger set to be a free agent in the summer.

Fraser earned interest from the top six in the 2018-19 season after providing Eddie Howe's side with 14 assists - the second best tally in the league - and seven goals.

This season has been more challenging for the Scot, tallying just four assists amid the Cherries' tight battle against relegation.

Yet the good impression he has made in the Premier League looks set to land him a move to a bigger club.

The former Aberdeen man signed for Bournemouth for less than £500,000 in January 2013, when the south coast side were in League One. After over 200 appearances, he looked ready to finally move on before the coronavirus crisis hit.

Inter Milan are reportedly leading the race to sign soon to be out of contract Tottenham defender Jan Vertonghen.

The Belgian's deal expires in June and with no new terms agreed with the North London club, he looks set for a summer exit.

Some Spurs fans might not be too unhappy with that, as Vertonghen has recently looked a shadow of his former self. He has long been considered one of the Premier League's best defenders and Jose Mourinho is a fan, but his time at the top could be running out at the age of 32.

However, Inter are interested and will face competition from Serie A rivals Napoli and Roma for his signature, according to Italian outlet Gazzetta dello Sport.