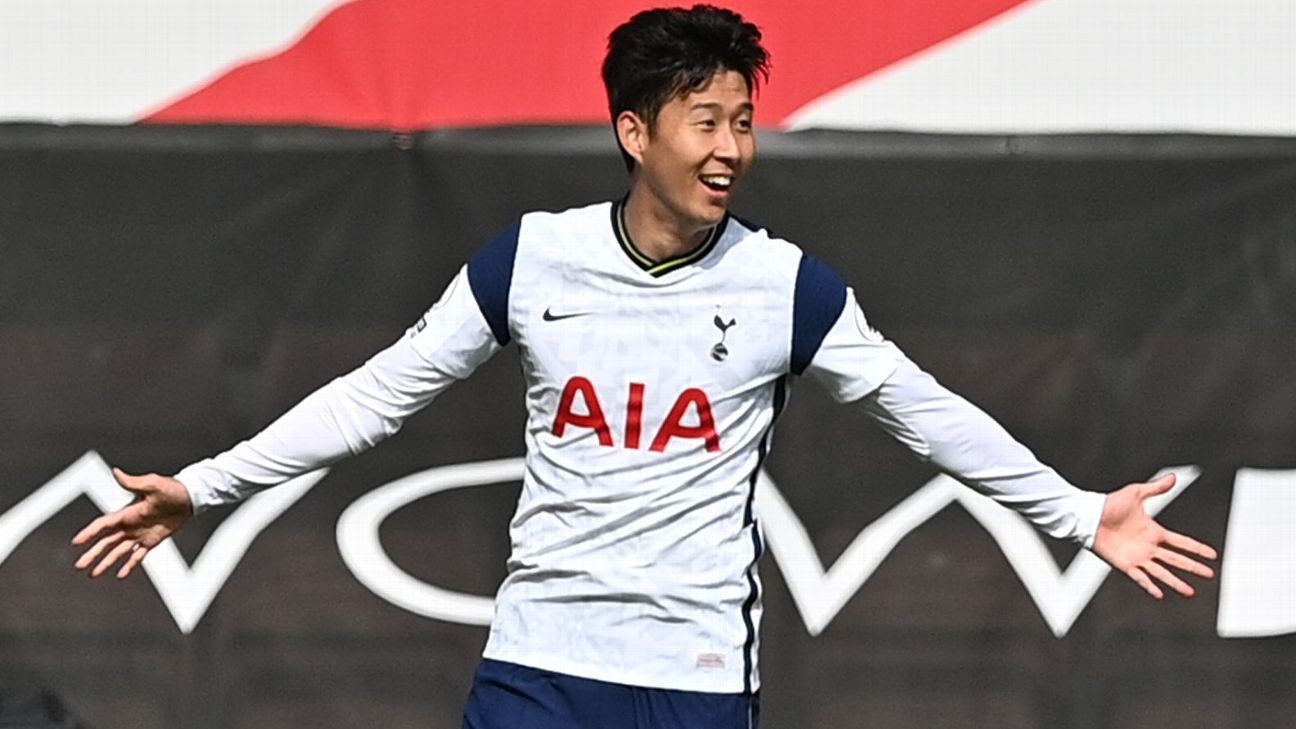 Tottenham overcame a nervy start to triumph 5-2 against Southampton on Sunday afternoon and collect their first Premier League win of the 2020-21 season.

The away side fell behind in the first half when Danny Ings converted expertly from a tight angle. Despite the Saints creating an array of chances, it was Spurs who netted just before the break, Heung-Min Son firing home following great work from Tanguy Ndombele. Son doubled his tally almost immediately after the restart, beating the offside trap once again to the relief of the Spurs bench. With an hour played, the Korean superstar completed his hat-trick, teed up beautifully, yet again, by Harry Kane.

- Report: Son stars as Spurs stun Southampton
- Ogden: Will Bale and Mourinho be a perfect match?

Déjà vu struck just 10 minutes later, as Kane and Son combined once more to gift the forward his fourth goal of the game. The England striker nicked a goal of his own not long after, before Ings netted a consolation penalty to round off a thrilling tie on the South coast. The result will come as a much-needed boost for Spurs, who register their first win of the new season after last weekend's disappointing defeat.

For Spurs, the overwhelming positive will be the regularity with which Son was able to get in behind the Saints defence. He consistently made excellent runs forward, often squandered by bad through-balls. Kane though, didn't miss a beat. The two forwards linked up superbly, with the Englishman turning provider time and time again.

No matter how bad the rest of the team may be playing, Jose Mourinho knows that he has two world-class forwards he can always rely on.

Will Bale and Mourinho be a perfect match at Tottenham?Son scores four goals in Tottenham rout

At times, Spurs could hardly string a pass together. The plan from the outset was clearly to hit the Saints on the break and exploit Southampton's high defensive line. Unfortunately for Spurs, the first half was dogged by persistent offside offences by the front three, playing right into the hosts' hands. Son's goal just before the stroke of half-time was the first time an attacking move had properly came together, something they'd been trying to do from the beginning.

8 -- Early on, it appeared as if Mourinho got his game plan badly wrong. Southampton were firmly on top in the first half... until Son's equaliser. From there, the plan to sit deep and punish the home side's high line began to take shape, as was evidenced by Son's second goal only minutes after his first. Giovani Lo Celso came on for Tanguy Ndombele at the break, a change that also appeared to suit the game plan.

GK: Hugo Lloris, 7 -- Should have at least got a hand to Ings' effort, but generally speaking the captain looked assured. His early reaction save from Che Adams was especially impressive.

DF Matt Doherty, 6 -- Struggled to get forward with the same conviction that he formerly did for Wolves. Defensively, the Irishman did also struggle up against the tricky Moussa Djenepo.

DF Davinson Sanchez, 6 -- The slightly weaker of Spurs' two centre-backs, the former Ajax man was often slow to close down the Southampton attackers. He improved in the second half, however.

Son was sensational for Spurs at Southampton, scoring four times and stunning the Saints in the second half. Justin Tallis - Pool/Getty Images

DF Ben Davies, 7 -- Made a superb last-ditch block to deny Southampton a certain goal in the first half. However, much like his fellow full-back, attacking runs forward were all too infrequent.

MF Harry Winks, 6 -- The Englishman was a passenger at times, failing to stamp his authority on the game in any meaningful way.

MF Pierre-Emile Hojbjerg, 7 -- Back at his former club, he put in a good shift in a Spurs midfield that failed to function effectively early on. Creatively, it wasn't his best performance, but you couldn't fault him for effort.

MF Tanguy Ndombele, 7 -- The former Lyon midfielder was the architect of Son's opener, showcasing excellent strength and determination in the process. Strangely, he was subbed off at half-time, presumably for tactical reasons.

MF Lucas Moura, 6 -- A very quiet afternoon from the Brazilian, even as Son and Kane shone. Playing out of the right side of an attacking three didn't appear to suit him.

FW Heung-Min Son, 10 -- A stunning, Man of the Match performance. Notched a remarkable quartet of goals in a game where Spurs were slow to get going, once again highlighting just how valuable he is to Jose Mourinho.

FW Harry Kane, 9 -- Four outrageous assists, worthy of former Spurs playmaker Christian Eriksen, were rounded off beautifully by the striker grabbing a goal of his own. Proved that he is so much more than just a goalscorer.

FW Steven Bergwijn, N/R -- Came on too late to make a meaningful impact.