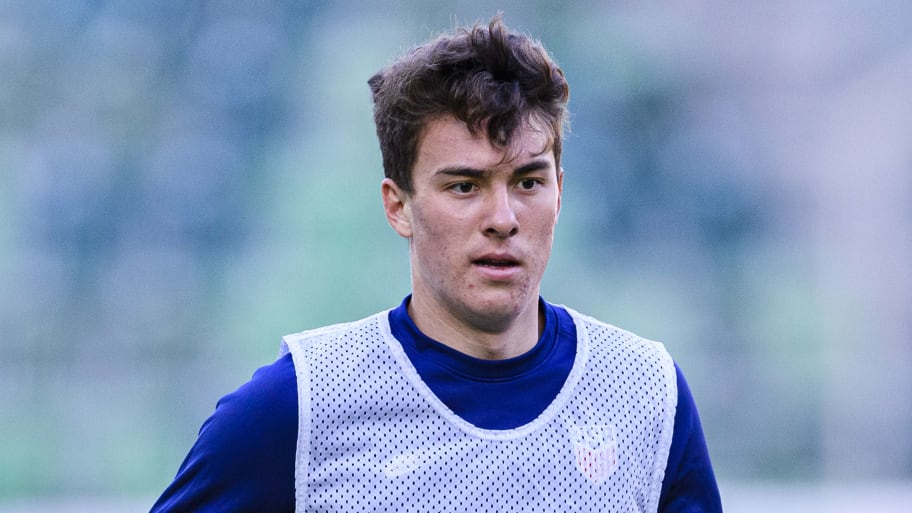 Exclusive - A host of Premier League sides are interested in Schalke's American forward Matthew Hoppe, with more than half the division vying for his signature this summer.

Hoppe was already attracting attention having shown outstanding form for Schalke last season, and he underlined his progress with a fine Gold Cup campaign which culminated in the USMNT lifting the trophy with victory over Mexico on Monday.

The 20-year-old notched six goals in just 15 league starts in 2020/21, but it was to no avail as Schalke were relegated from the Bundesliga. It was their failure to stay in the German top flight that means the striker is likely to leave as Die Konigsblauen look to boost their finances.

90min revealed in February that Hoppe was being tracked by Liverpool, Manchester United, Manchester City and Tottenham Hotspur, and it is understood they all remain keen, but they have been joined in the hunt by Everton, Arsenal, Crystal Palace, Southampton, Brighton, Norwich AND Brentford.

A source has informed 90min that Schalke's financial predicament mean they are demanding less than £10m for Hoppe and the initial fee could even be half that, which explains the huge amount of interest in a player who is considered a real prospect.

Clubs in Italy, Spain, France and Germany are watching him too, but a move to England looks the most likely scenario at present. It is believed some of the Premier League clubs would even be happy for Hoppe to remain at Schalke on loan, or would send him elsewhere.

The USA international announced himself to the Bundesliga back in January, bagging a stunning 21-minute hat-trick in the 4-0 victory over Hoffenheim - one of just four league victories all season for the Royal Blues.

Hoppe has come through Schalke’s youth system after arriving in 2019 having previously been with LA Galaxy and a Barcelona Academy in Arizona.