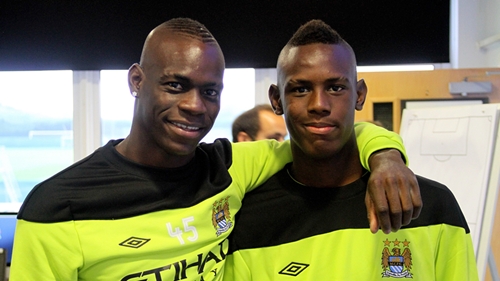 The 19-year-old was born in Ghana but raised in Italy and therefore qualifies to play for both countries.

However, unlike his elder brother who slumped the door at playing for the Black Stars and rather chose to play for Italy, Enoch says he will be thrilled at an invitation to play for Ghana even though he did not overrule th possibility of featuring for the Azzuris.

"If Ghana calls me, yes I will play. I will like to play for GhanaÂ becauseÂ at the end of the day I am black," he told Kumasi-based Angel FM.

"I spoke to my brother (Mario) about it and he supports the idea but he adviced me to play for the country that calls me first.

Enoch who is currently clublessÂ is bidding to follow in his brotherâ€™s footsteps by securing a permanent deal with an English Premiership side.

He had previously been on trial at Stoke CityÂ but the Potters decided not to take up the option of signing him on a permanent basis.

He also spent the second half of last season on trial with Sunderland.