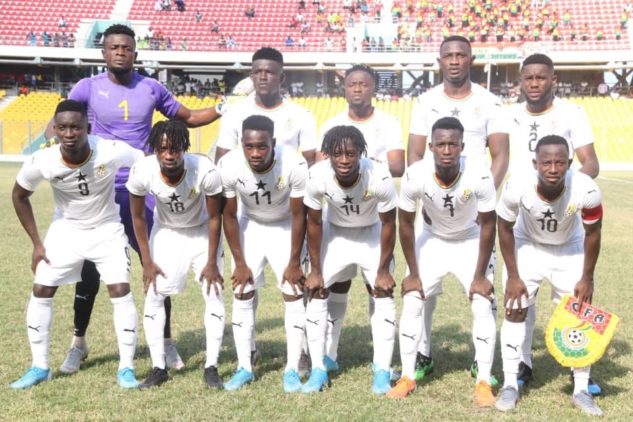 Black Meteors coach Ibrahim Tanko has invited 18 local players to camp to start preparations ahead of the CAF U-23 championship in Egypt in November.

The players will be lodging at the Mplaza Hotel in Accra as the gaffer draw a training programme for them.

Three goalkeepers including Asante Kotoko duo Dan Lad Ibrahim and Kwame Baah have been named in the team.

Five defenders have also been named together with six midfielders and four attackers.

Meanwhile, the foreign contingent will be expected to join the team later on as preparations continue.

The Black Meteors have been drawn in group A of the AFCON U-23 championship alongside hosts Egypt, Cameroon and Mali.

The top two teams at the tournament get an automatic qualification to Tokyo 2020 with the third place team expected to qualify through play offs.

Below is the team 18 man squad