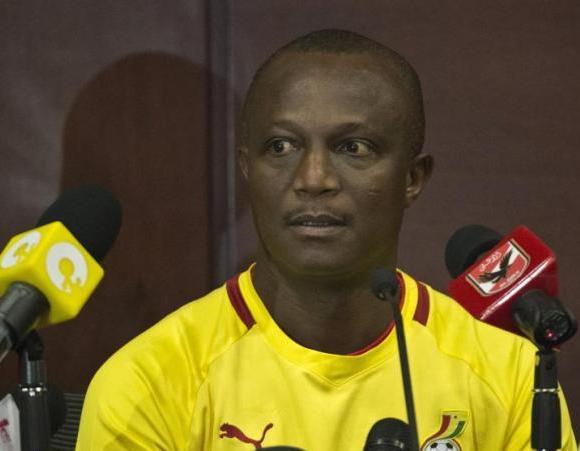 The first ambition of Ghanaian Kwesi Appiah and Nigerian Stephen Keshi at the World Cup is to reach the second round and end decades of failure by African coaches.

Since 1978, when Tunisian Abdelmajid Chetali became the first African coach to lead his country at a World Cup, all 11 have failed to secure a place in the knockout stages.

Despite this grim record, Appiah and Keshi are strong backers of African coaches, although three Europeans achieved the best results for a continent that has never gone beyond the quarter-finals.

Russian Valery Nepomniachi guided Cameroon to the last eight in 1990 and Frenchman Bruno Metsu and Serb Milovan Rajevac equalled the feat with Senegal (2002) and Ghana (2010) respectively.

"The white guys are coming to Africa just for the money - they are not doing anything we cannot do," Keshi said in an interview.

"When an African is appointed, he must win every friendly, the Africa Cup of Nations and the World Cup.

"But whites get a year to adapt, to know the country and the players. That is unprofessional."

Appiah is aiming much higher than the second round, telling reporters his 'Black Stars' are powerful enough to lift the trophy.

"Ghana boasts a strong squad and I believe we can go very far - even become world champions.

"African football is rising and other countries from the continent can also do very well in Brazil."

However, a first round Group G including European powerhouses Germany and Portugal spells trouble, even for talented Ghana.

While Argentina are Group F favourites, Nigeria are capable of taking a place with them ahead of Bosnia and Iran.

The outspoken Keshi, 52, refuses to be drawn on the chances of the 'Super Eagles'.

"Some Nigerians believe we got an easy draw and qualification is guaranteed, but I disagree.

"It would be a terrible mistake to underestimate Bosnia and Iran as they survived tough qualifying campaigns just like us."

For Ghana and Nigeria to progress, Appiah and Keshi must succeed where coaching legends like Algerian Rabah Saadane and Egyptian Mahmoud El-Gohary failed.

A North African duo - Algerian Rachid Mekhloufi and Moroccan Mahieddine Khalef - came closest to getting past the first round though.

They masterminded a stunning 1982 triumph over West Germany in Spain and also a victory against Chile.

But Algeria finished third on goal difference after qualifiers Germany and Austria were involved in a shameful final group game.

A narrow win for Germany would ensure they and Austria advanced and after the Germans took an early lead, the match became a farce.

Both teams passed aimlessly while Spanish spectators chanted "fuera, fuera" (out, out) and furious Algerians waved banknotes at the players.

Germany won 1-0 and although FIFA rejected Algerian pleas for a replay, they ordered final group fixtures at subsequent tournaments be played simultaneously.

Unfortunately, the record of African coaches since Algeria were eliminated is embarrassing with just one victory in 25 World Cup matches.

That was achieved by Jomo Sono, a South African star deprived by apartheid of the chance to display his skills at a World Cup.

The 'Black Prince' coached his country at the 2002 World Cup in South Korea-Japan and Bafana Bafana (The Boys) overcame Slovenia.

Chetali was the other coach to savour victory as Tunisia defeated Mexico in 1978 - the first African triumph at a World Cup.