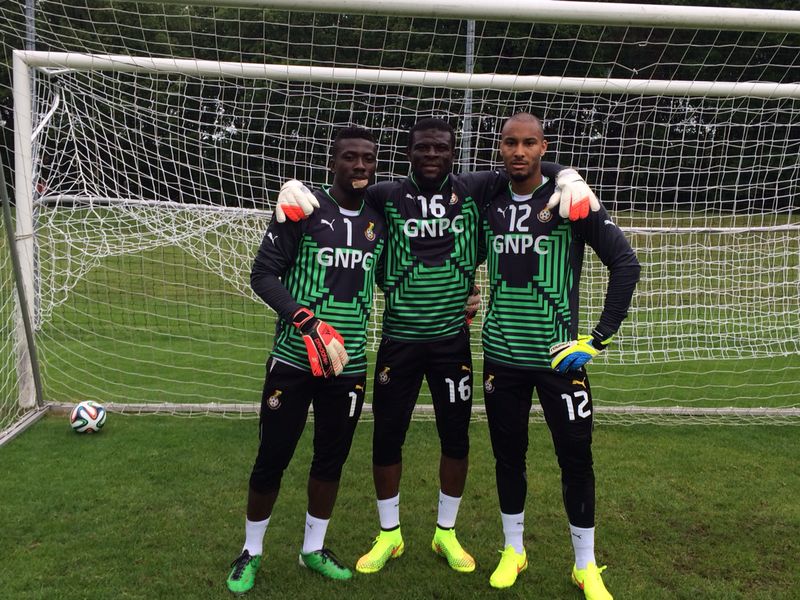 Ghana goalkeepersâ€™ trainer Nassam Yakubu has revealed the technical team is enjoying the healthy competition in his department ahead of start of the World Cup.

Fatau Dauda has been Ghanaâ€™s number one since impressing at the 2013 AFCON tournament held in South Africa last year.

But the 29 year-oldâ€™s move to Orlando Pirates restricted him to only three appearances.

Nonetheless he has has been tremendous in training.

Adam Kwarasey has been solid for his club Stromsgodset in Norway leading them to their first ever league title last season.

Yakubu says the keen competition amongst the goalkeepers is a good sign for the team.

â€œA good goalkeeper can win games. I have watched all goalkeepers in camp and I am extremely happy at the level at which they are operating,â€ Yakubu told GHANASoccernet.com

â€œAnyone who eventually gets the nod should be able to deliver from what I have seen.

â€œEvery good team has a solid line of defense and that is what who have in camp now.â€

The Black Stars have arrived in Miami where they will wrap up preparations for the World Cup.