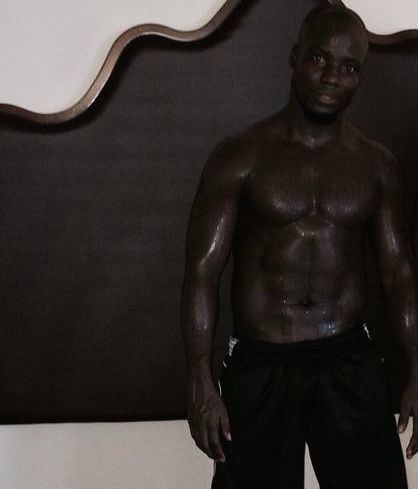 Stephen Appiah showing off his muscles.

Appiah tried to point out to the current crop of players how important it was to keep your body in shape and how he has kept his fitness despite not playing active football.

The former Juventus and Fenerbahce star has been named in Kwesi Appiahâ€™s backroom staff for the tournament in Brazil.

He is helping the technical team prepare for Mondayâ€™s final tune up match against World Cup-bound South Africa.

Appiah captained Ghana on their debut World Cup finals in Germany 2006 and played a bit-part role at the last tournament in South Africa four years ago.

Ghanaâ€™s 2014 World Cup campaign will be against USA in Natal on 16 June.