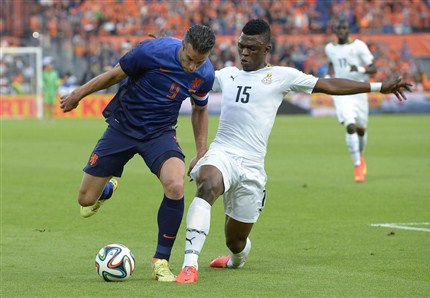 Ex Ghana star Ibrahim Sunday says he expects a better performance from the Black Stars in their final warm up game against Korea Republic ahead of the 2014 World Cup.

The Black Stars will be facing the Asian giants on June 9 in Miami to wrap up their preparations for this monthâ€™s tournament in Brazil.

Ghana has just come off a narrow 1-0 defeat to the Netherlands having failed to recover from an early Robin Van Persie strike.

A lot of Ghanaian football fans have criticized the performance of the Black Stars in the friendly defeat against the Dutch despite the failure of coach Kwesi Appiah to feature some of his most influential players.

Ibrahim Sunday now says the team must put up a better performance in their final friendly game against South Korea before they travel to Brazil for the World Cup.

â€œI am expecting a better performance because it is the last game before they go to Brazil,â€ he told Radio Gold.

â€œThey need to perform better to give them the morale booster before they head for Brazil.â€

Ghana hopes to better their quarter final finish at the last World Cup four years ago in South Africa.

The Black Stars will however have to make it out of tough group which include Germany, Portugal and the USA.