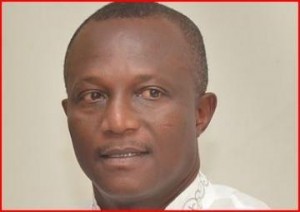 Kwesi Appiah will be one of two African coaches at the World Cup in Brazil but unlike his Nigerian counterpart Stephen Keshi, the Ghanaian has little profile outside his own country.

A former international fullback, the 53-year-old Appiah has made his way through the coaching ranks at the Ghana Football Association and after serving as an assistant and twice as caretaker coach, was given the job on a full-time basis in 2012.

Appiah is a poster boy for African coaches, amid a growing consensus that they need to be given more opportunity at the helm of African national teams as opposed to the hiring of expensive foreigners.

He worked as an assistant to Milovan Rajevac, who took Ghana to the World Cup quarter-finals in 2010 and then replaced him for several matches before another Serb, Goran Stevanovic, was appointed.

Fourth place at the 2012 African Nations Cup was deemed a failure and saw Stevanovic sacked and the principle of hiring a local over a foreigner was finally embraced by the Ghana Football Association after much public pressure.

Appiah subsequently took Ghana to fourth place at the 2013 African Nations Cup but a stellar World Cup qualification campaign means his job has not been under any threat.

Most of his playing career was spent at Asante Kotoko and with Ghana he played at the 1992 African Nations Cup, but was dropped for the final which they lost on penalties to the Ivory Coast.