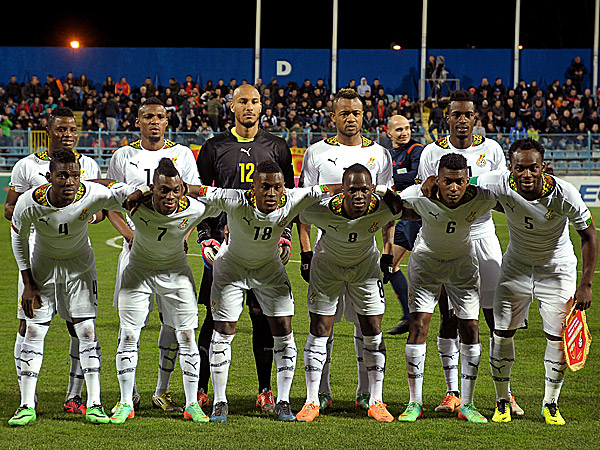 The Ghana FAâ€™s top hierarchy will hold a meeting with the Black Stars to advice them against excessive remonstrations when the final cut for the 2014 World Cup is made.

Appiah will be working with the 26 players until after their friendly match against the Netherlands on May 31st where he will be dropping three players.

Some affected players from final Black Stars cuts have reportedly vented their disappointment by hurling verbal abuses and threats at coaches and officials over their final exclusion for previous tournaments.

Striker Baba Adamu â€˜Amandoâ€™ hurled insults at officials of the Ghana FA and angrily announced his international retirement after he was left out of Ghanaâ€™s squad for its maiden World Cup campaign in Germany 2006.

Midfielder Laryear Kingston was also reported to have charged at then coach Milovan Rajevac when he was told he will not be making the final Black Stars squad for the 2010 World Cup in South Africa.

It is against this backdrop that the Ghana FA will be meeting the players to advice them against misconducting themselves after the final squad has been made.

â€œThree players will be dropped; it is a matter of public knowledge,â€ Ghana FA boss Kwesi Nyantakyie told Joy FM.

â€œSo of the 26, each and every one of them is a candidate for dropping.

â€œWe are going to have a meeting with the players tomorrow [Tuesday] when they arrive and we will drum home this point.

â€œAnd then we will also try to manage their expectations, that look, if you are dropped from the 23, that is not the end of the journey.

â€œMaybe if the person is a young player, we will tell the person â€˜you have a future aheadâ€™.

â€œIf the person is an old player, maybe you had your chance and if you are out this time, you shouldnâ€™t worry because in the past some other people gave way to you to hit the limelight.â€