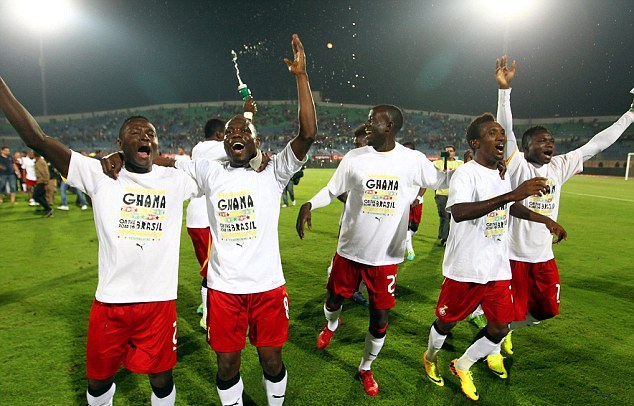 The Black Stars have been drawn in a formidable group which include Germany, Portugal and the USA for this monthâ€™s tournament in Brazil.

Many soccer pundits have predicted a first round exit for the Black Stars with Germany and Portugal considered the favourites to progress from Group G.

Chelsea manager Jose Mournho is the latest to cast doubts over Ghanaâ€™s chances of beating their group opponents to extend their tradition of going at least beyond the group stages at the World Cup finals.

But George Afriyie who is currently acting as the Ghana FA boss believes the world is in for a shocker as the Black Stars will excel beyond measure.

â€œHe [Mourinho] is speaking from the perspective of club management but it is a different ball game all together when it comes to the national team,â€ he told Metro FM.

â€œYou will see the shocking results that Ghana will record at the World Cup.

â€œWe are capable of beating Germany and Portugal.â€

Ghana will open its third successive campaign at the World Cup against the USA on June 16 in Natal.

The Black Stars will then face Germany and then Portugal in the subsequent group games.