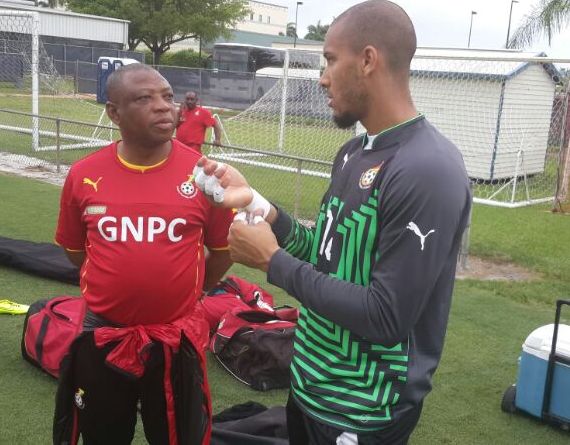 Goalkeeper Adam Kwarasey pulled out of Tuesdayâ€™s training session with a suspected thigh problem and will be assessed by the medical team later today.

The 26-year-old pulled out of the Black Stars' training at the Florida International University earlyÂ on TuesdayÂ with complaints of pains in his thigh.

The Norway- based goalkeeper is in pole position to be the first choice for the Black Stars going into the 2014 World Cup.

His loss will thus come as a major blow to Kwesi Appiah team currently preparing in Miami for the worldâ€™s showpiece which is eight days away.

The Black Stars are billed to play the Korea Republic in their final preparatory game on June 9 before heading to Brazil ahead of their group opener against the USA on June 16 in Natal.