Steve Bruce ought not be put off by the Asamoah Gyan debacle at Sunderland.Â

Next in our series on under-the-radar World Cup transfer targets top-flight clubs should be eyeing concerns Hull, who posted their best ever Premier League finish in 2013/14 and came so close to causing carnage on the streets of Arsenal in the FA Cup final.

Steve Bruce has proved a shrewd operator in the transfer market at Wigan, Sunderland and with the Tigers, so weâ€™re confident these three lads are already listed in the aesthetically-challenged gafferâ€™s summer dossier.

The son of three-time African player of the year Abedi Pele and brother of Ghana vice-captain Andre Ayew started a Champions League fixture alongside his sibling for the first time earlier this season, when Marseille went down 2-1 to Arsenal at home.

Striker Jordan spent much of the rest of term on loan at Sochaux, although his five goals in 17 appearances could not save the Montbeliard outfit from relegation to Ligue 2.

The 22-year-old has shown flashes of brilliance in France and for the country of his fatherâ€™s birth, and with Ayewâ€™s Lâ€™OM future clearly in the balance, Bruce could do worse than repeat his Asamoah Gyan trick while manager of Sunderland and swoop for one of the Black Starsâ€™ unpolished diamonds.

Ghana are ratedÂ as 11/4Â dark horses to qualify from Group D. 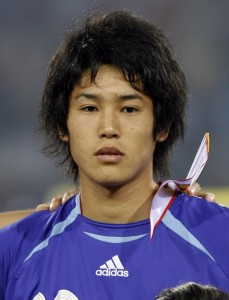 Atsuto Uchida
Thereâ€™s likely to be quite an exodus from Schalke coming up, with Germany internationals Julian Draxler, Leon Goretzka and Bendikt Howedes â€“ among others â€“ all coveted by Europeâ€™s top clubs.

Die Konigsblauen right-back Uchida made 23 appearances this term before being struck down by injury in mid-February, but Japan coach Alberto Zaccheroni had enough faith in the 26-year-old to include him in his squad for Brazil.

Hull have few options in the position beyond Liam Rosenior and Bruce should take a close look at Uchida, whose Samurai Blues stand a live chance of qualifying from Group C at 5/4. 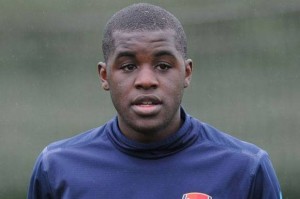 The Tigers chief does love a north London loanee, having borrowed Seb Larsson and Nicklas Bendtner at Birmingham when they were both on Arsenalâ€™s books, as well as Jake Livermore from Spurs this term.

Costa Rica forward Campbell did a decent job against Manchester United while temping at Olympiacos in 2013/14, scoring the second in their 2-0 Champions League last-16 home-leg win, so a call from Humberside to the Emirates could well be on the cards this summer.