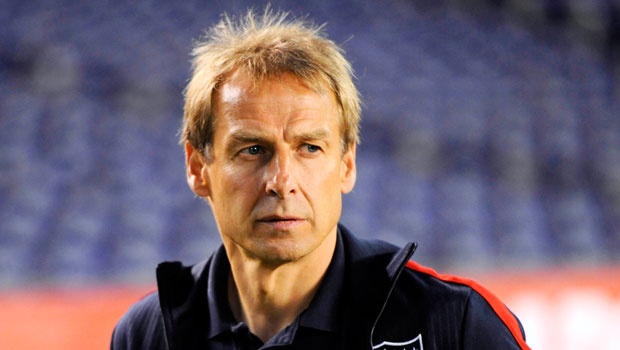 Heading into the big tournaments with your national teams, many players are faced with the realization of being away from their loved ones for quite a long period of time.

Specifically their wives and/or girlfriends.

Jurgen Klinsmann was asked about that dilemma and how it impacts the USA in aÂ video produced by the Soccer Gods.

Basically it went along the lines of â€œJurgen, will you let the U.S. players have sex during the World Cup?â€

Asked about Mexicoâ€™s coach not allowing his players to engage in â€œintimacy and physicalityâ€ (their words, not mine) off the pitch during the World Cup, Klinsmann had the following to sayÂ in regards to how strict he will be with the USMNTâ€™sâ€¦ off field activities.

â€œWe are very casual the way we approach things. They [players' families] can pretty much come any time, they will be at the games, they can come to the hotel and we can have barbecues together," Klinsmann said.

''Every nation is different. I played in different countries where you didnâ€™t see your girlfriend or your wife for twoÂ months. That was more the Italian background when I played in Italy. Every team and country has a different approach basedÂ on their culture.

''I respect the Mexican approach because it is their culture. We have a group of guys together and an environment that is very open and casualâ€¦ but once we go on the field for training and before the games we are very serious and down to business.â€