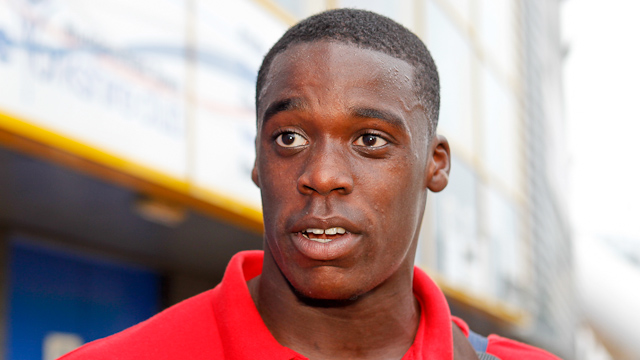 Leicester City star Jeffrey Schlupp says he is ready to play in any position deemed fit for Ghana as long as he is in the team.

The German-born defender joined the Black Starsâ€™ early preparations towards the 2014 World Cup in Accra on Wednesday.

Schlupp linked up with his international teammates for the first time in almost three years having been away from the side ever since making his Ghana debut in an international friendly against Gabon.

The 21-year-old played as a striker the last time he was involved in Black Stars activity but is now in the team as a defender having played at left-back in Leicester Cityâ€™s successful campaign in the English Championship.

The ex Brentford loanee who is desperate to impress says he wouldnâ€™t mind playing in any role handed him by the coach so long as he is in the team.

"I have always played as a striker but I played as a left-back for my club in England," he said after completing his first training session with the Black Stars in Ghana.

"So I can play anywhere as long as I am playing for the team."

Schlupp will join his Black Stars teammates to continue with their preparations on Thursday in Accra.

The team will play a friendly match against a locally select side on Friday before embarking on their training camp in the Netherlands the day after.