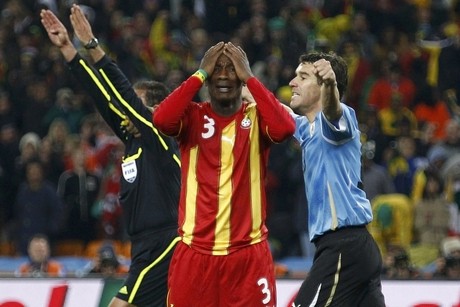 His passion for Liverpool sensational striker Luis Suarez and Ghanaian striker Asamoah Gyan has made him invest to be in Brazil for the World Cup.

The two strikers are remembered for what transpired in the last World Cup in South Africa when Suarez, who plays for Uruguay, blocked a shot using his hand, which saw him red carded, while Gyan missed a subsequent penalty, which saw Ghana miss the semi-final plate.

â€œI want to watch my favourite striker Suarez play, and the game I am waiting for most is Uruguay and England,â€ says 22-year-old Nikhil Shah.

Shah, (pictured) who will be departing on Tuesday, said he will be watching Ghana play Portugal on June 26.

He will be among several Kenyan football lovers who will be heading to Brazil to watch the World Cup finals, which kicks off in two weeks time.

He already has his air ticket and has bought the tickets for three matches he doesnâ€™t want to miss. He said: â€œI must watch Suarez play Rooney in the match between England and Manchester United, and Ghana verses Portugal. That has cost me more than Sh125,000 ($1400) while the final will cost Sh893,000 ($10200).â€

He says he will be accompanying his elder brother, and they will be hosted in Sao Paulo by a relative. He expects to see an African team at the finals and his wish is to see Ghana play Uruguay.

He says he has been saving for the tournament for the past two years and he also got a boost from his parents. â€œI expect a good outing in BrazilÃ¢â‚¬Â¦I also want to see the Samba dancers. It will be a great tour in my life,â€ says Shah whose local team is Gor Mahia.

He says his only pain is not having the national team Harambee Stars in Brazil play at the World Cup.

â€œIt is painful to support other countries when your own country has not qualified for the event. How will people look at me when I tell them I come from Kenya? One may even be cheeky enough to ask me when our game will be?â€ he asks.

Asked if he was aware of FIFA referee Francis Marwa who will be officiating during the tournament, Shah says his interest was on the players and felt happy that a Kenyan could officiate such big games.

â€œThat is wonderful, I hope he will be the referee during the finals,â€ he says.