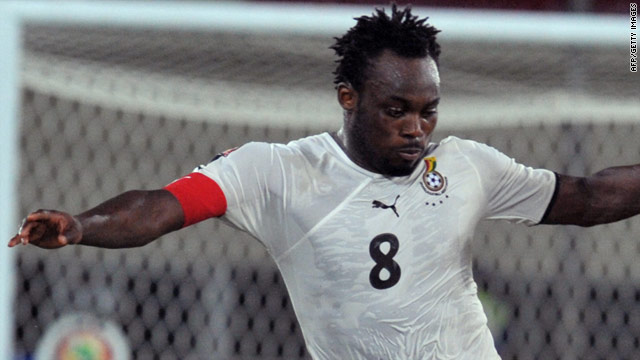 On 5 September 2008, Essien ruptured his anterior cruciate ligament playing for Ghana in the World Cup qualification stage and was out of action for six months.

Essien was ruled out of the 2010 FIFA World Cup due to a relapse of the same injury playing at the Africa Cup of Nations in Angola.

The former Chelsea talisman, who wore the number 8 jersey at the 2006 World Cup finals in Germany, has picked the number 5 shirt for the Brazil tournament.

â€œWhen Essien was at St. Augustine College (High School) his favorite number was the number 5 jersey which brought him so much success even at that level,â€ he told Accra based Happy FM.

â€œWhen he decided to jilt the number 5 for 8 at the national level nothing has worked for him with the stars.

â€œItâ€™s not for nothing that jerseys are numbered. There are connotations to the figure behind you.â€

Essien is currently in camp with the Black Stars preparing for the World Cup.