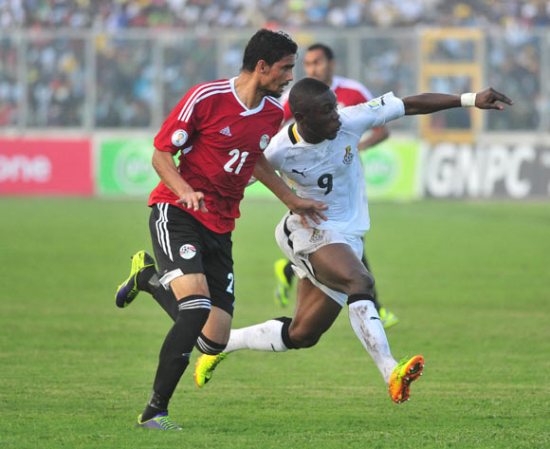 Abdul Majeed Waris has emerged as a transfer target for Newcastle

Newcastle United will be scouting on Ghana striker Abdul Majeed Waris at the 2014 World Cup, according to reports in the English press.

The English Premier League club appear interested in the 22-year-old but will want to make sure he is worth a bid by monitoring him at this monthâ€™s tournament in Brazil.

The Right to Dream Academy graduate has alerted several clubs of his enormous potential following a fruitful loan spell at French club Valenciennes where he made 16 Ligue 1 appearances and scored nine goals.

Waris had arrived to the French club in January from Spartak Moscow where he struggled for regular first team action.

His move to Valenciennes thus offered him the opportunity to prove himself to Ghana coach Kwesi Appiah in order to earn a place in the Black Stars team for the 2014 World Cup.

The lethal striker who scored three times during Ghanaâ€™s successful World Cup qualifying campaign has been likened to Michael Owen due to their similar height and build.

Newcastle manager Alan Pardew wants to be sure of what he could be getting by buying Waris whose asking price is expected to shoot up this summer once he impresses in Brazil.

The Toon will be sending scouts over to Brazil to keep close tabs on the Ghana international and will make a bid for him once they are convinced he is the right transfer target.