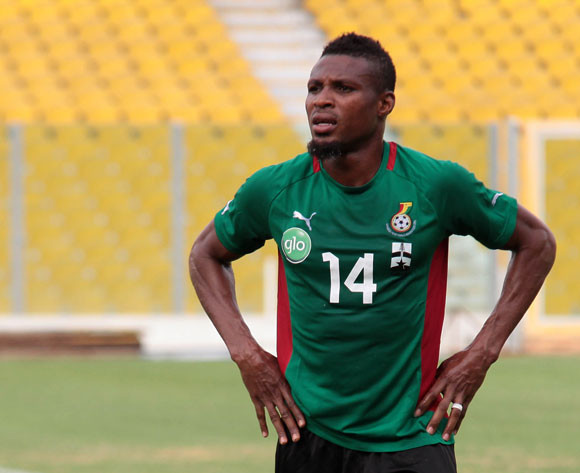 Ghana were handed a massive blow ahead of their World Cup as they lost Jerry Akaminko due to injury, while Italy and Holland have also been handed blows in their preparations.

African FootballÂ takes a look at the players will miss out on the trip to Brazil due to injury.

Luis Montes broke his leg after scoring in a 3-1 win over Ecuador in Arlington, Mexico.

The Mexican sustained two fractures to his leg after Ecuadorâ€™s Segundo Castillo went in for a full challenge that ultimately snapped Montesâ€™ tibia and fibula.

Such a tragic injury it was, his Mexican teammates were left crying over the severity of it as he was stretchered off.

The Milan midfielder is regarded as a kingpin to Cesare Prandelliâ€™s set-up, but unfortunately saw his World Cup dreams come to an end during the friendly match against Ireland.

Montolivo was on the field for just ten minutes before defender Alex Pearce put in a hard tackle that ultimately fractured his tibia.

Akaminko hurt his ankle in Saturday's 1-0 loss to 2010 World Cup finalists the Netherlands in Rotterdam and will be sidelined for three months.

His injury comes as a massive blow to Kwesi Appiahâ€™s preparations for the World Cup, but they have plenty of cover in his area.

Castillo was guilty of the leg-breaking challenge on Luis Montesâ€™s leg and, as a result, saw himself ruled out of the World Cup due to an ACL injury.

The Ecuadorian tore his ACL while going into the challenge on the Mexican and it has been confirmed he will be ruled out.

The Hamburger man continued his bad luck of injuries when he sustained a calf injury that would rule him out of the World Cup with Holland. Unlike some of the previous injuries mentioned before, Van der Vaart sustained his knock during training.

He will join fellow compatriot, Kevin Strootan, in the stands after the Roma payer was ruled out back in March with a knee injury sustained in a league match against Napoli.

It is yet to be confirmed whether or not Ramadel Falcao will represent Colombia in the World Cup after he was deemed doubtful due to a knee injury. The Monaco man suffered damaged ligaments while playing in a Cup game for the French giants, and it is still remains to be seen whether he will form part of the squad.