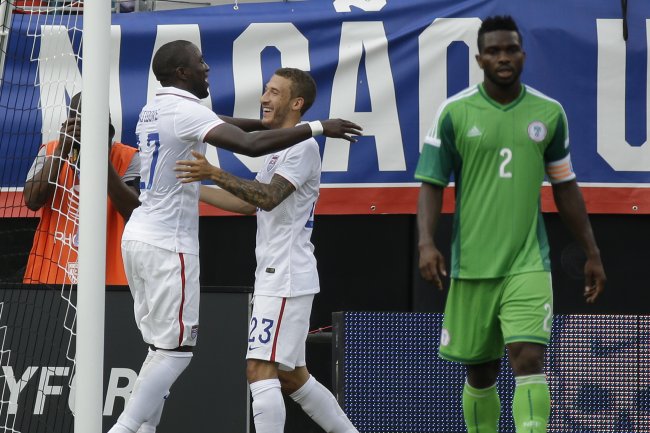 Jozy Altidore broke his goalscoring drought as the United States beat Nigeria 2-1 on Saturday in the Americans' final World Cup warm-up on US soil before heading to Brazil.

Sunderland's much-maligned striker - without a goal in 2014 - netted in the 32nd and 68th minutes as Jurgen Klinsmann's men made it a hat-trick of wins after victories over Azerbaijan and Turkey.

It was a fitting final dress rehearsal in Jacksonville for the American squad and a confidence-boosting game for Altidore, who seems to have rediscovered his scoring touch.

Except for a stumble late in the first half when they gave up a couple of scoring chances, the US put together a complete performance against Nigeria.

Altidore opened the scoring in the 32nd minute, finishing from close range after a deft pass from Fabian Johnson.

Altidore blasted a right-footed shot into the bottom left corner for his second goal in the 68th minute.

Victor Moses scored the only goal for Nigeria with a penalty four minutes from time to make it 2-1.