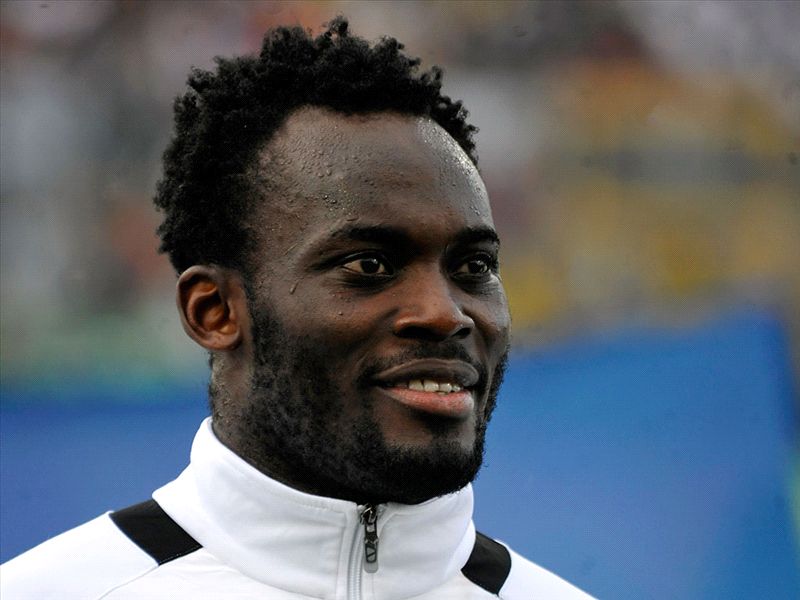 Ghanaian coach E.K Afranie has kicked against suggestions to have Michael Essien drafted into the defensive set up of the Black Stars for the 2014 World Cup.

Concerns have been raised over the limited number of defenders in the Ghana team for the world showpiece in Brazil.

Ghana coach Kwesi Appiah named only six natural defenders as against ten midfielders in his final squad for the World Cup.

Only two of the six defenders called up by Appiah â€“ Jonathan Mensah and Samuel Inkoom - have had prior World Cup experience with the four others making their tournament debut.

This has led to suggestions to have some of the experienced versatile midfielders like Michael Essien shifted to augment the limited numbers in the Ghana defence.

Coach Appiah himself have always harboured the thoughts of making such shifts especially in tournament situations.

But former Black Stars coach E.K Afranie believes the inexperienced folks at the back be given the confidence to play rather than bringing in re-enforcements from the midfield.

â€œWe have other central defenders around, we should rather give them confidence to play,â€ Afranie told Power FM.

â€œThey [inexperienced defenders] are jittery because it takes them a longer time to take decisions â€“ whether to go in for a tackle or not.

â€œThe thought of playing Essien in defence should only arise in an emergency situation for instance during the game, a player gets injured and there are no more substitutions left.

â€œBut not at the start of the game because we have other players as well who can play.â€