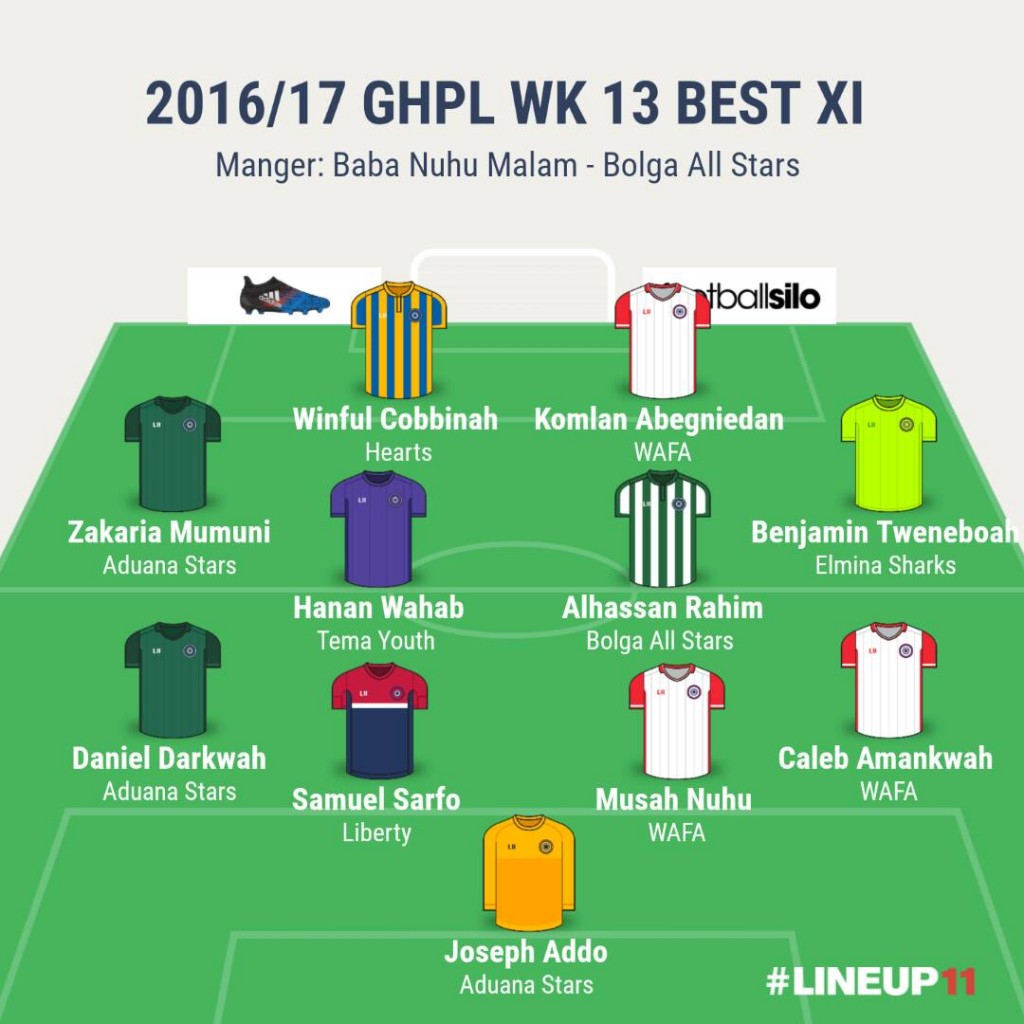 Komlan Abegniedan scored twice while Musah Nuhu kept his rocky performance at the back to keep WAFA’s title hopes alive while Winful Cobbinah provided two assists in Hearts’ dramatic 3-3 with Bolga All Stars in Tamale.

Bolga All Stars coach Baba Nuhu Malam emerged the coach of the week for masterminding his side’s 3-3 with Hearts, a game they stage a massive comeback to secure the point.