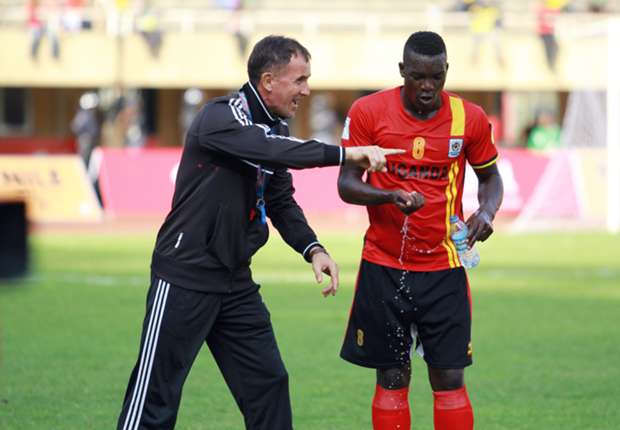 Uganda captain Geofrey Massa has conceded that the Cranes were severely weakened by the absence of suspended Khalid Aucho in their Nations Cup opener against Ghana on Tuesday.

Despite a spirited performance, the East Africans were unable to avoid defeat against Avram Grant’s Black Stars, and marked their first Afcon performance in 39 years with a 1-0 loss in Port-Gentil after Andre Ayew scored a first-half penalty.

It’s a result that dents Uganda’s hopes of reaching the last eight, particularly considering they still have bouts with Egypt and Mali to come.

However, skipper Massa believes that his side can take comfort from the fact that they will be able to call upon anchorman Aucho and defender Murushid Juuko for their coming matches.

“I think they will be back for the next game and they will help the team,” he added, “we really missed them today.”

Central midfielder Aucho—currently featuring for Baroka FC in the PSL—enjoyed an impressive rise through Kenyan football before switching to South Africa last year.

The midfielder offers tireless running the heart of the park, tenacious tackling and a decent ability from range, and was one of the national side’s key players as they ended their near-four-decade Afcon qualification hoodoo to reach Gabon.

Uganda now meet Egypt in Port-Gentil on Saturday in their second Group D match, before travelling to Oyem for a showdown with Mali on Wednesday.