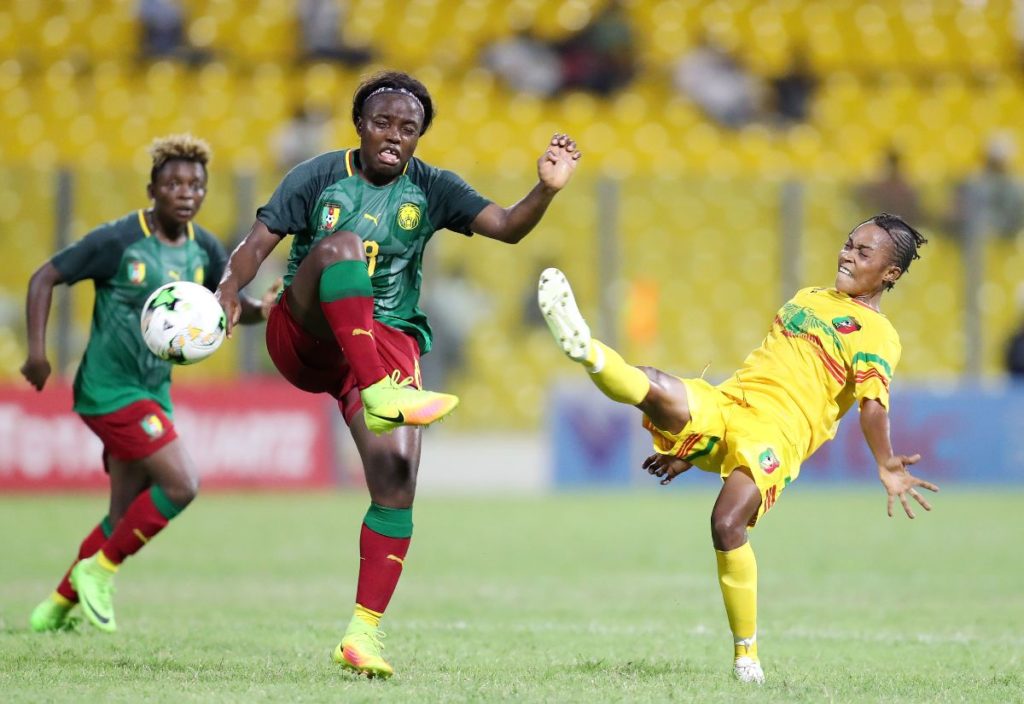 The Indomitable Lionesses will play Nigeria in the semi-finals of the Africa Women Cup of Nations on Tuesday in a repeat of the 2016 and 2014 finals. It's an opportunity for Cameroon to gain a measure of revenge for past heartbreak at the continent's grandest stage.

South Africa play Mali in the other semi after topping Group B with two wins and a draw.

Nigeria's 6-0 rout over Equatorial Guinea has re-established their determination to bag a record-extending title, but the favourites must edge past a Cameroon side who have a point to prove.

The Central Africans will be targeting their first trophy since they started participating in 1991. However, history is against Cameroon, who have been defeated by Nigeria in 1991, 2004, 2014 and 2016.

Cameroon's assistant coach Bernadette Anong played in the 2004 final and is now mobilising her side to make amends in Ghana.

"I am hungry to hold the trophy, and that is the same thing I tell the girls," she told the Cameroon FA last month.

"Being hungry [for] the trophy and holding it will take you to the World Cup."

Nigeria's scoring prowess in the last two Group B matches against Zambia (4-0) and Equatorial Guinea (6-0) sends threatening signals for Cameroon, who have scored just six goals in their three matches.

Cameroon must improve their accuracy in front of goal, with Nigeria's offensive trio of Desire Oparanozie, Francesca Ordega and Asisat Oshoala likely to cause trouble at the other end.

They've scored seven of Nigeria's 10 goals, while Cameroon's own trio - Gaelle Enganamouit, Gabrielle Aboudi Onguene and Ajara Nchout have only four between them.

Perhaps coach Joseph Ndoko may hand a debut to unused striker Michaela Abam, who would certainly add aggression to the Lionesses' forward line.

Could the American of Cameroonian descent, who plays with France's Paris FC, scored 42 goals during her college career at West Virginia University, and could yet be the underdogs' ace in the hole.

"Last time we cried," Anong concluded, "and really I don't want us to do that again."