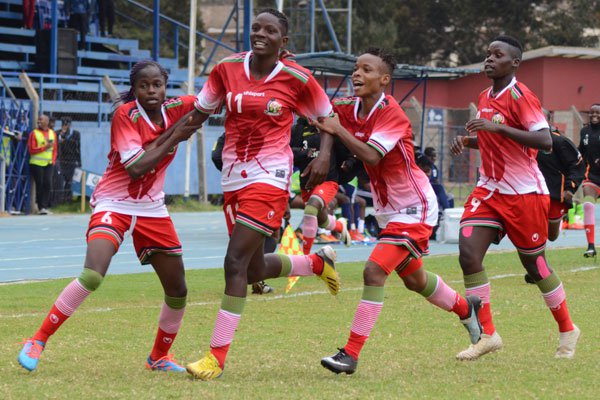 Kenya’s Football Federation (FKF) has failed in its bid to be reinstated to the 2018 Women’s Africa Cup of Nations after losing its appeal at the Court of Arbitration for Sport (CAS).

Kenya had filed an appeal to CAS after they were excluded from Ghana 2018 following a successful appeal by Equatorial Guinea.

On 18 October, Equatorial Guinea were banned for using an ineligible player in qualifying, with Kenya replacing them at Ghana 2018.

But a Confederation of African Football (Caf) tribunal overturned that punishment on 7 November, reinstating Equatorial Guinea.

In a statement on Friday, the FKF confirmed that CAS had rejected their appeal  which the FKF said they “fully understand and respect” but said their appeal against Caf is still open and they would continue to go through CAS.

“We will continue to fight for justice to be done in some way, to repair the harm that has been caused to our Starlets, and the people of our nation,” the FKF said.

Kenya’s Federation president, Nick Mwendwa, had told BBC Sport on Wednesday that if the appeal went against Kenya, they would seek a financial settlement.

The Women’s Africa Cup of Nations kicks off in Ghana on Saturday 17 November with eight teams vying for the trophy.

Hosts Ghana will kick off the tournament against Algeria at the Accra Sports Stadium on the opening day, with Cameroon and Mali also in their group.

In Group B, the reigning champions Nigeria – the most successful team in the history of the competition with eight titles from ten editions – will open against South Africa on 18 November in Cape Coast.

Equatorial Guinea and Zambia will also play in Group B.

The final will take place on Saturday 1 December.

The 2018 Women’s Nations Cup also serves as qualifiers for the World Cup with the top three finishers reaching France 2019.

But even if Equatorial Guinea finish in the top three, they would not qualify following a ruling by Fifa in 2017.