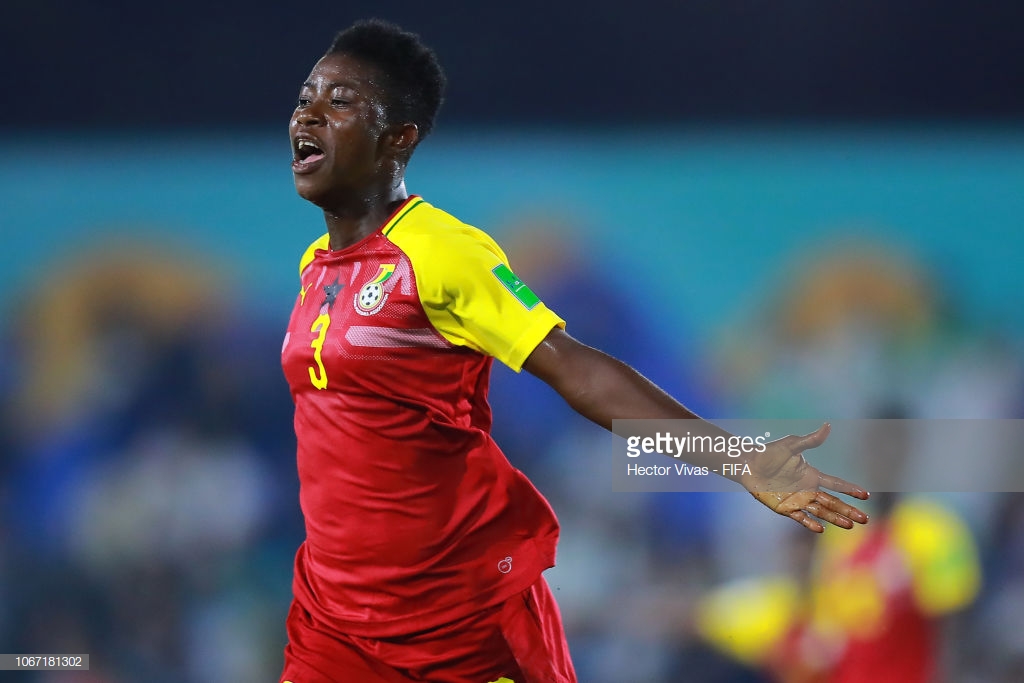 Black Maidens forward Milot Abena Pokuaa says teamwork is the tool driving the maidens in their success story in the 6th edition of the 2018 U-17 Women’s World Cup.

The Maidens for the first time in six appearances at the continental showpiece won all three of their group matches to become the team with more goals scored.

They have netted 10 goals from four players. As skipper Abdullai Mukarama leads the park with 6 goals, Milot follows in on 2 goals with Grace Animah and Fuseina Mumuni both on a goal each.

The Hasaacas Ladies striker in an interview said, “team work has helped us get to this stage of the competition. It is a compact play, we start the build up from defense through midfield to the attack and so far we have collectively done a good job”.

Miliot plays an important role in Coach Evans Adotey’s set up after she came in as a sub in the first game against Uruguay.

Milot also has set her eyes on winning the trophy saying, “I want to win the trophy for the world to know that it is possible for an African team to become World Champions in this tournament”.

The National u-17 Women’s team are set to meet the El Tri of Mexico in the quarter-finals on 25 November, 2018 at the Estadio Charrúa, Montevideo.