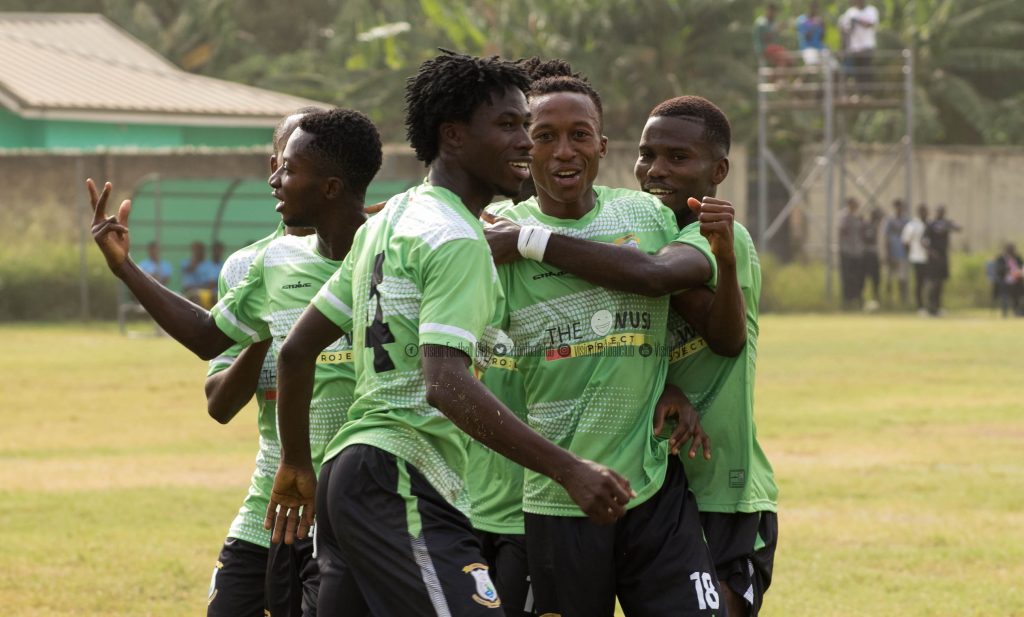 Vision FC made a winning start to their Division One League campaign with a 1-0 victory against Accra Lions on Saturday afternoon.

Abraham Laryea grabbed the only goal of the match in the 10th minute via the penalty spot.

In the 10th minute, Emmanuel Paga was brought down inside the penalty box. Experienced Abraham Laryea stepped up and put the ball at the back of the net.

Accra Lions caused their first threat moments after but Vision goalkeeper Kamil saved the day by clearing the danger.

Vision FC came close to doubling the attack after Mensah found Paga on the left side of attack, but the attacker’s cross couldn’t find the target man Nanakwasi Arthur who was lurking in the visitors’ penalty area.

The tempo of the game increased afterwards with both teams trying to grab a goal but Vision FC had a glorious chance in the 44th minute but Arthur failed to make his effort count.

After half time, Vision FC continued to push for another goal. Arthur, with another opportunity to double our lead after receiving a long ball from the 3rd half of the pitch, shot wide despite having just the goalkeeper to beat.

Kamil pulled yet another great save to keep us in the game in the 54th minute after palming away a dangerous long-range effort from a Lions midfielder. In the space of two minutes, Vision FC came close to sealing the win but all of Paga’s effort didn’t count.

The pairing of Samuel Amoakoh and eventual ‘Man of The Match’ winner Mohammed Ali worked to perfection as the duo shielded our penalty area with some delightful displays and clearances.

Vision held their nerves in the final minutes of the game as the visitors kept piling pressure on the side in search of the needed equalizer.

Vision FC will play as visitors to Krystal Palace at the Akotex Park, Akosombo in the matchday two of the 2019/20 Division One League.