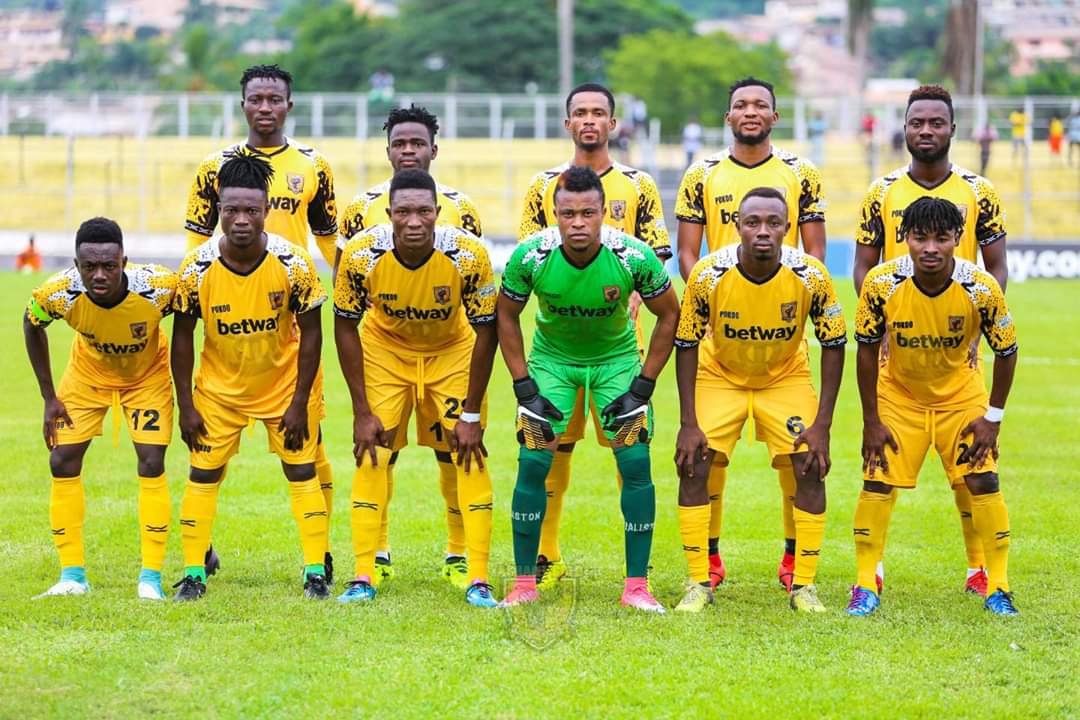 To be tipped by pundits and connoisseurs as a contender for the league title comes with a lot of expectations as the season kicks off on the weekend.

AshantiGold SC will be at the comfort of the Len Clay stadium to welcome Great Olympics on Sunday with the aim of starting the 2019/2020 campaign on the perfect.

It was a real struggle for the Miners in the last premier league, that is the 2016/2017 season where they finished 12th position winning the last match to avoid relegation.

But the outstanding display in the Special Competition and the truncated league give the Gold and Black side positive vibes going into the new season.

Shafiu Mumuni, top scorer in the 2019 WAFU Cup of Nations for the Black Stars B will be main man to propel AshantiGold to greatness this season.

He will ably will be supported by the prospects of Amos Addai, Abdul Latif Anabila, James Akaminko, Richard Osei Agyemang and the Brazilian playmaker Marco Aurelio Silva Damasceno.

Assistant trainer Yakubu Sheriff Mambo will be dugout to steer affairs for AshantiGold since head coach Ricardo da Rocha is ineligible to lead the team.

Great Olympics are making a trip the Gold mining town of Obuasi in search for at least a point which will spur them on as the season goes by.

They have not won at the Len Clay stadium in the top-flight since 2006.

The last time the Wonder Boys visited AshantiGold SC in the league, it was the opener of the 2016/2017 campaign with the latter clinching a convincing 3-1 victory.

Great Olympics have made some big name acquisitions for the season with the return of striker Emmanuel Clottey who is a former goal king of the Ghana Premier League.

Clottey was also the top scorer of the CAF Champions League in 2012 when playing for Berekum Chelsea.

They also have in thier midst Godfred Saka who has won the championship two times with Aduana Stars.

Three days ago head coach Isaac Nii Armah resigned from his post but he has since been replaced by Prince Koffie.