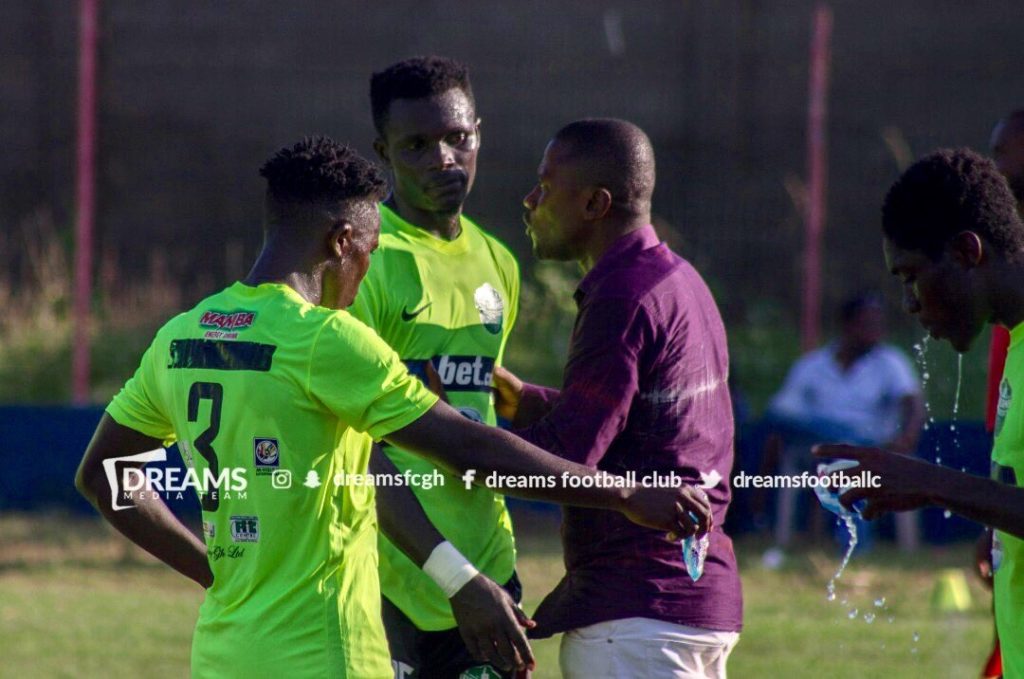 Dreams FC takes on King Faisal in the opening fixture of the Ghana Premier League at the Dawu Park on Sunday.

The ‘Still Believe’ lads have set sights on a winning start to the 2019/20 Ghana Premier League season when they welcome King Faisal to the Theater of Dreams in Dawu in their match week one encounter.

Dreams FC’s home advantage means they are huge favourites heading into the game and will be looking to take advantage of the situation.

King Faisal however would want to prove a point that they are in the league to stay after years in the second-tier Championship.

The Kumasi-based outfit will head into the game brimming with confidence following the acquisitions of Michael Akuffo and Bashir Osman.

The duo have enough experience in their locker to help the Green and White outfit put up a stern fight against the stubborn Dreams FC side.

The returnees have bolstered their squad with other experienced players and will be counting on them to return to the Garden City with at least point from the game.

King Faisal coach Anthony Commey fired a warning shot to their opponents just a day after his appointment.

Commey, who spent over ten years working with New Edubiase United, intimated that he knows his opponents every well and aims at hurting them at their Theatre of Dreams fortress.

It will be the first time both teams will be engaging each other in the elite division.