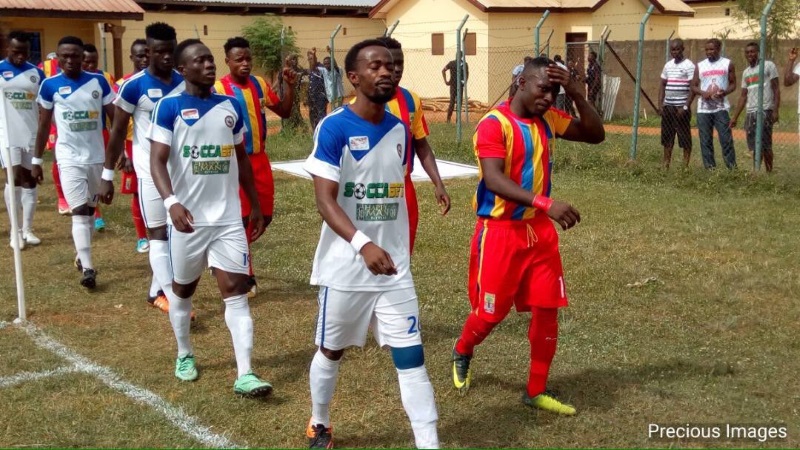 Hearts of Oak will begin their quest for another Premier League title when they welcome 2010 champions Berekum Chelsea at the Accra Sports Stadium on Sunday.

The Rainbow club shocked football fans following the decision of the board to ask coach Kim Grant to step aside with just six days to the start of the season.

However, assistant gaffer Edward Nii Odoom has been tasked to take charge of the team as a permanent replacement is being sought after.

Meanwhile, the Blues will be led by French tactician Landuet Alain Andre in the 2019/20 Premier League season.

Four player will be making their Ghana Premier League debut for the Phobians including Academy products Michelle Sarpong and Manaf Umar. The pair impressed during the NC Special competition.

Larry Sumaila and Kofi Kordzi are the other two players, who could make their premier league debut against Chelsea.

Goalkeeper Dan Lad Ibrahim joins on loan from Asante Kotoko with the likes of Cephas Doku, Nasiru Osman and Kofi Sefah Biney also coming through during the offseason.

A lot will be expected from the Phobians, especially after their performance in the NC Special Competition but the Berekum Blues have always been a hard nut for the Rainbow club to crack.