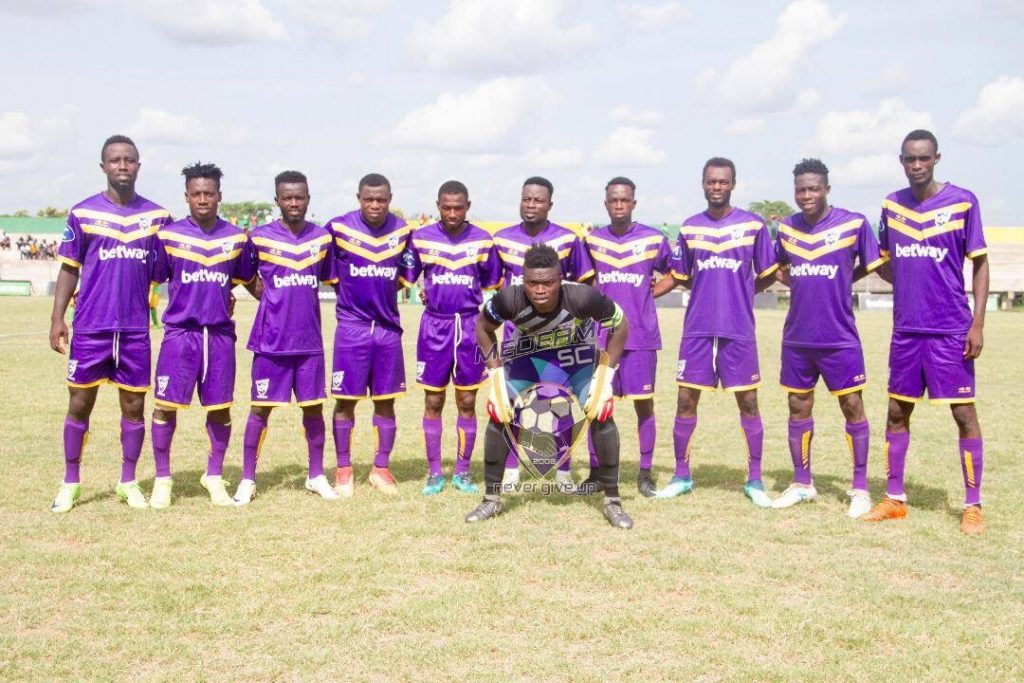 Medeama produced a stunning performance to beat Ebusua Dwarfs 3-1 in the 2019/20 Ghana Premier League opener in Cape Coast on Sunday.

It was a roller display from the Mauve and Yellows as they picked an impressive three points on the road.

Youngster Ebenezer Ackhahi opened the scoring for the visitors mid second half before Prince Opoku Agyemang added the second.

Both Prince Opoku and Ebenezer Ackhabi rounded off goalkeeper Razak Issah in a nightmarish afternoon for the glovesman .

The massive win has set the tone for Medeama’s next game against giants Hearts of Oak at home on Sunday.

For Ebusua Dwarfs, this is a disappointing false start to the season after struggling financially for several months.

The team showed steam of brilliance but the firepower from the visitors was too strong for them.