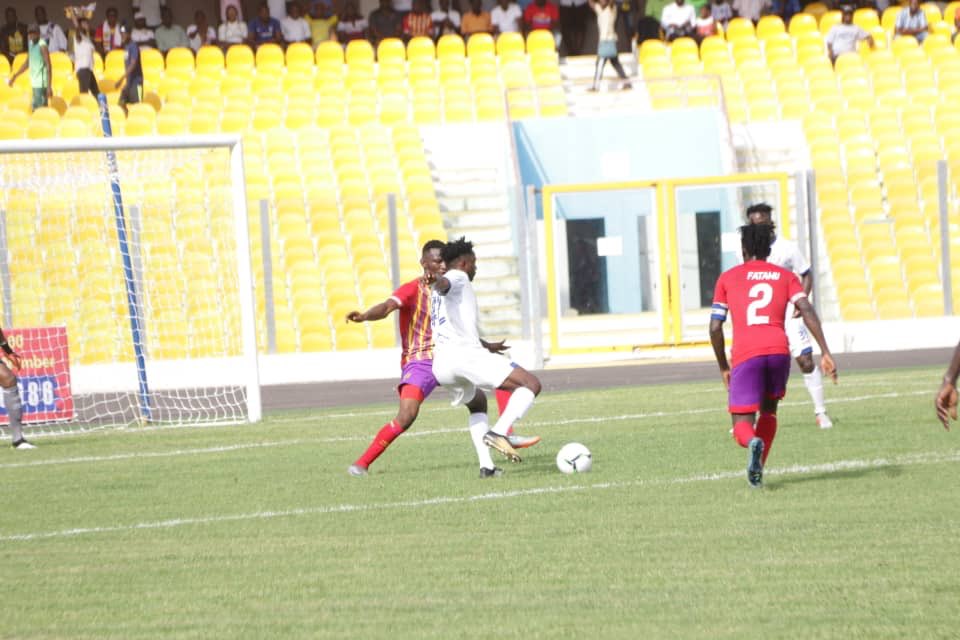 Berekum Chelsea shocked Hearts of Oak on the opening day of the 2019/20 Ghana Premier League after beating the Rainbow club in Accra.

The visitors shocked the Phobians after Jonah Attuquaye's effort in the 34th minute took a massive deflection to hand them the opener.

Hearts had started the game on a bright note forcing former Ghana U-17 goalkeeper Dan Lad Ibrahim into making some crucial saves.

Chelsea managed to hold on the Phobians and went into the break with the slim lead.

Coach Kim Grant made his first substitution of the day by bringing on Kofi Kordzi for Aminu Alhassan, as his side chased the game.

Winger Michelle Sarpong replaced Bernard Arthur with 20 minutes left and moments later Solomon Oblitey was brought on for Kofi Owsus for the Blues.

With ten minutes left Kofi Kordzi effort from outside the box graced the post to deny the Phobians an equalizer.

Despite dominating the game the Rainbow club suffered their first defeat of the season in the first game of the campaign.