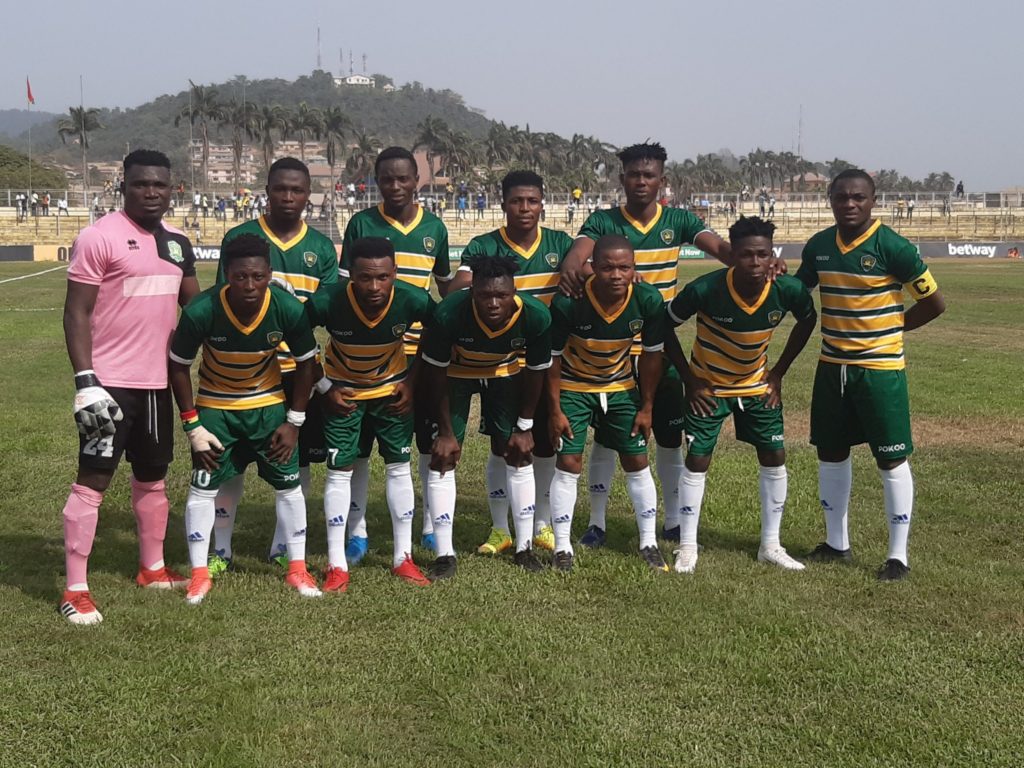 Ebusua Dwarfs continued with the resurgence on Sunday when they came from behind to beat Karela United FC 2-1 at the Cape Coast stadium.

The Crabs extended their unbeaten run to three matches and made it three home on the bounce.

Ernest Thompson Quartey made just one change in his starting lineup as Razak Issah replaced Danso Wiredu Mensah to keep the posts.

Skipper Dennis Nkrumah Korsah also made the match squad after returning from injury.

Mohammed Abubakar and Abegah Ofosu made way for Shaibu Iddrisu and Takyi-Amoah respectively as Enos Kwame Adipah made only two alterations in the Karela United lineup.

The visitors got their noses in front through midfielder Sadiq Alhassan who a connected a cross from Shaibu Iddrisu on the half hour mark.

Ebusua Dwarfs pulled parity in the 59th minute as Seidu Abubakar netted his fourth goal on the trot at home.

The hosts made their second half count as they went ahead in the 76th minute after Ishmael Antwi struck home a sumptuous goal.

Ebusua Dwarfs will take on Elmina Sharks FC in a crunchy regional derby on Wednesday whereas Karela United FC host Hearts of Oak at the Akoon park in Tarkwa.