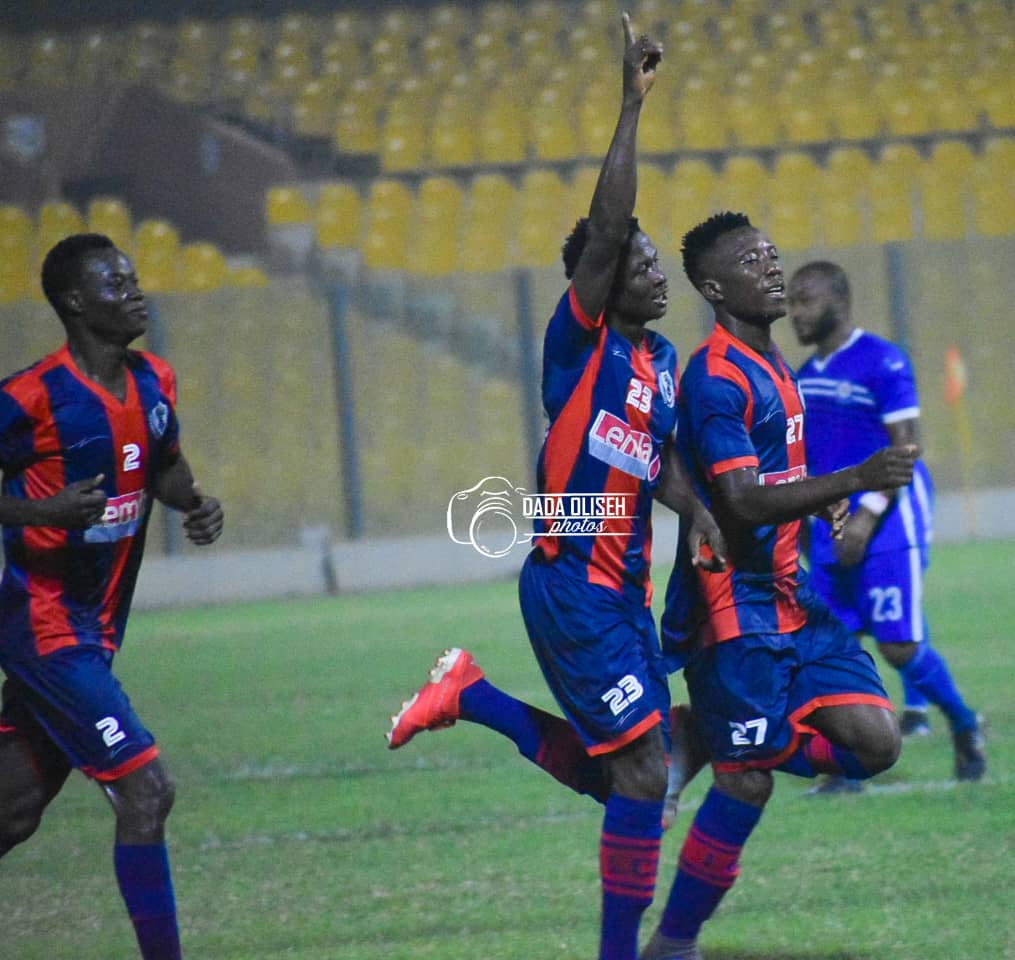 Despite an intense social media rivalry between Legon Cities and Great Olympics, the two sides could only settle to a 1-1 draw after an entertaining night of football.

Yakubu Mohammed opened the scoring for the host after just 20 minutes but Olympics leveled through Sulley just five minutes to the break.

Few minutes later Yakubu Mohammed nearly scored for Legon Cities after punching on a through pass from Karin Jabila.

Legon Cities retuned from the break very determined and had two quick chances which were missed by Abdul Wahab and Cephas Doku.

The Royals thought they had a penalty after Wahab’s shot in the box appeared to have hit an Olympic defenders arm but the referee waved play on.

With just two minutes left Karim Jabila went past five defenders like bread through magrine and was left with only the goalkeeper to beat when he was fouled but the referee thought otherwise.

Legon Cities kept asking but could just not fine the winner as it ended in an exciting draw.