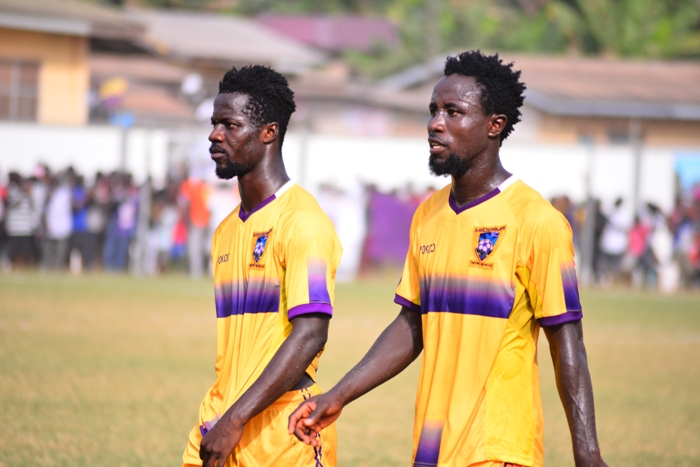 Elmina Sharks produced a sensational performance to break the home invincibility of Medeama, beating the Mauve and Yellows 2-1 in Tarkwa on Sunday.

Benjamin Bernard Boateng scored with the last kick of the game to bury the home side at the dreaded Akoon park.

For Sharks, this is a massive feat against a side which has remained resolute at home since the start of the season.

The former New Edubiase star struck a beauty of a free kick in the 15th minutes to hand the host the lead.

But that was short-lived after Alhaji Mustapha pulled parity, capitalizing on a defensive howler by debutante Rashid Alhassan.

The game produced several thrills but the tactical approach from Yaw Acheampong did the trick for the visitors.

Sharks adopted delay tactics and pounced on the counter after losing the lion share of possession to the home side.

Sharks profited from the  12 minutes added on to steal a famous victory on the road.