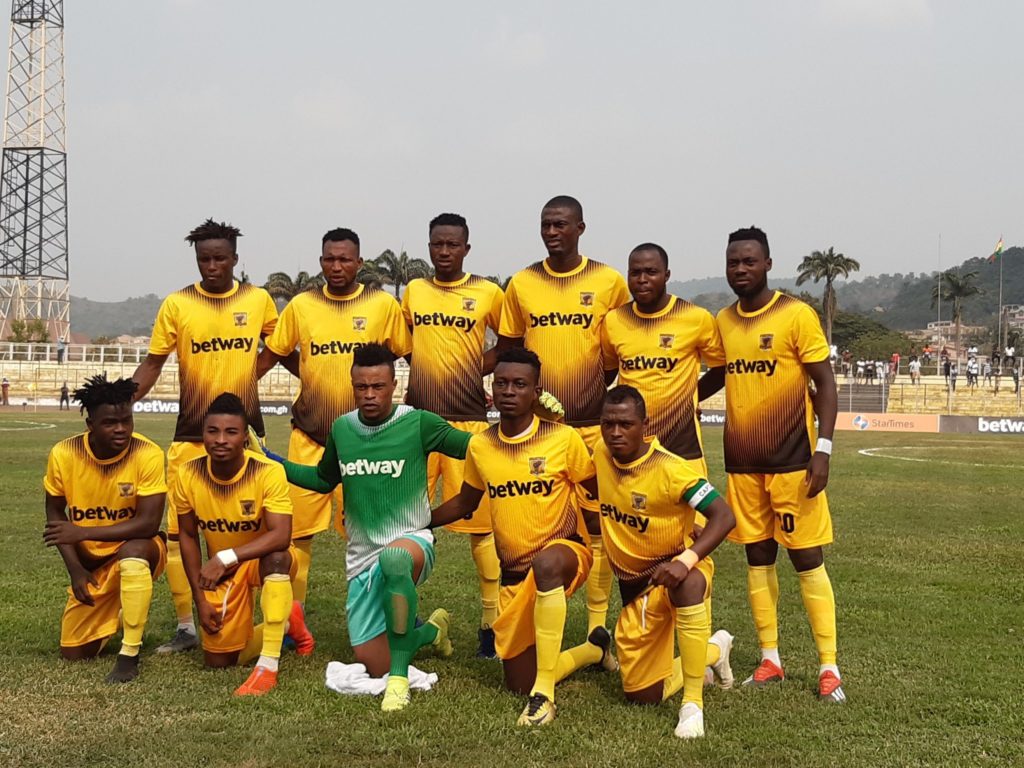 Now top of the table, AshantiGold SC will be hoping to hold firm of their position on Wednesday when they tackle Dreams FC at the Len Clay stadium.

The Miners have not lost in their last four league fixtures which gives them enough confidence and morale going into midweek's encounter.

The Gold and Black lads have the highest number of clean sheets in the season having conceded in just two games out of the ten.

Goalkeeper Frank Boateng and his defence men will hope to prevent a goal once more on Wednesday.

Assistant coach Yakubu Sheriff Mambo will continue to be at the dugout to issue instructions following the termination of the contract of Turkish trainer Kasim Gökyildiz.

Dreams FC have been very patchy in form recently as they have managed only one victory in the last five league fixtures.

After winning their first two games of the season, the Believers have dropped in form drastically where they recorded only two wins in the last eight matches.

The Still Believe side are trekking to Obuasi on the back of a 0-0 draw with WAFA SC over the weekend, giving them some confidence for Wednesday's game.

Godfred Amoah is expected to keep his place in the sticks after claiming his first clean sheet last weekend against WAFA SC.

Dantani Amadu is making a return to the team for the trip to AshantiGold. He served a one match suspension last Sunday.

Midfielder Patrick Arthur will be back with the rest of the squad for Wednesday's match after he missed last Sunday's fixture.