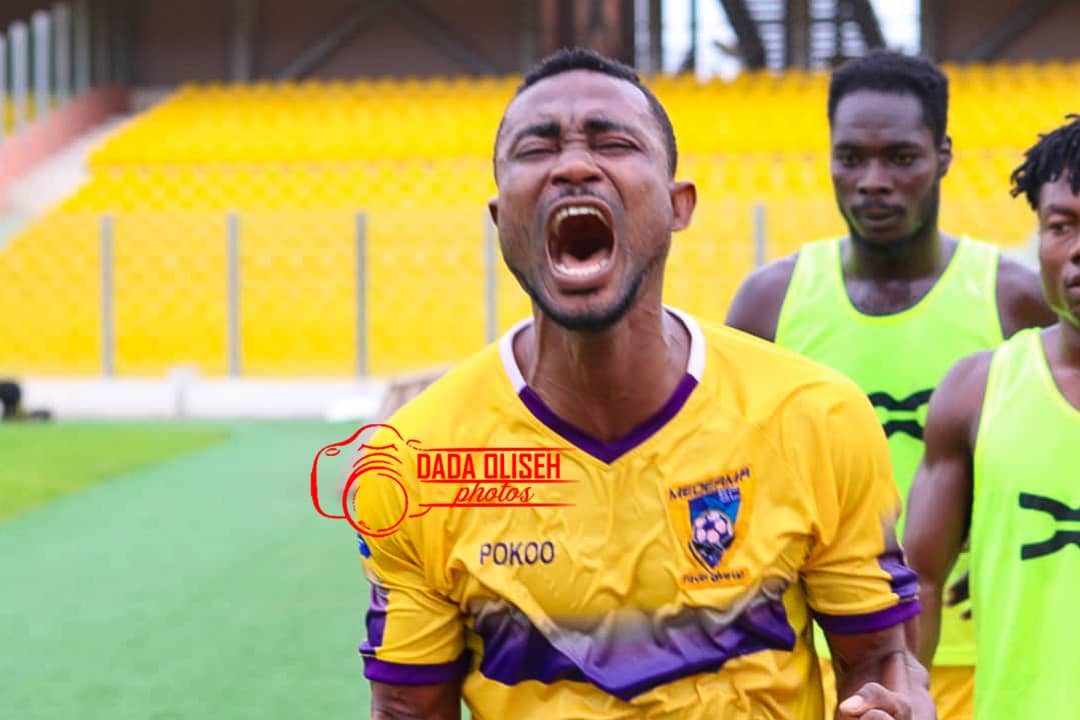 Nana Kofi Babil opened the scoring with a sleek finish in the first half before Prince Opoku-Agyemang made it 2-0 in the second half.

It’s was massive performance from the visitors who were desperate to return to normalcy after the side’s 2-1 shock defeat to Elmina Sharks at home.

The return of midfield maestro Rashid Nortey brought stability to the heart of the park as he combined effectively with Eric Kwakwa and Kwasi Donsu.

Medeama started brightly and enjoyed the lion’s share of possession making things uncomfortable for the home side.

Babil should have opened the scoring in early in the game but lack of cutting edge denied him.

Eventually the pressure paid off as he raced behind two defenders to grab his fourth goal of the season.

Both teams continued to press with leading top scorer in the league Victorien Adebayor making Medeama left-back Bright Enchil sweat with his trickery and skill-set.

The striker was kept quiet on throughout the second half and scored what appeared an offside goal.

The parity brought the best of Allies as they pressed heavily for the equalizer.

But as many as they tried, Medeama run away with the maximum points to maintain their third position on the league log.

They remain third with 20 points just a point behind both Ashantigold and Aduana Stars.