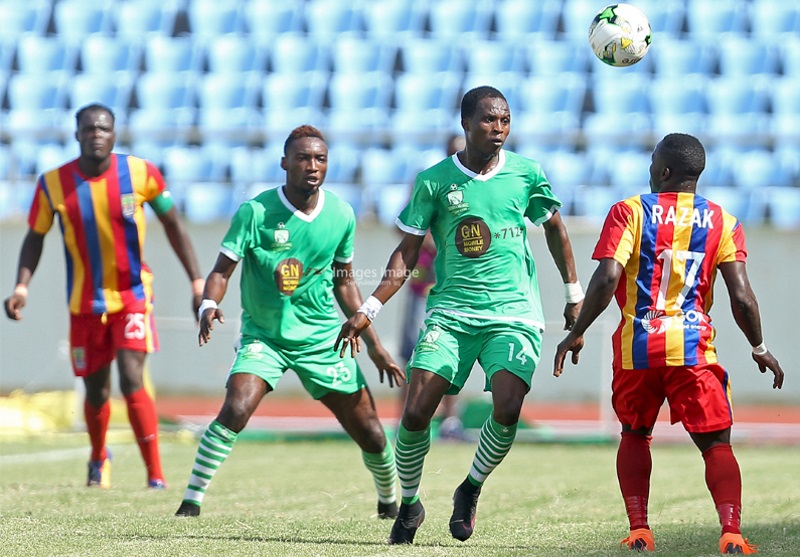 Hearts of Oak will renew their rivalry with Elmina Sharks on Sunday in match day 12 of the Ghana Premier League.

The Phobians host the inform sea animals at the Accra Sports Stadium as they seek to bounce back to winning ways after a draw at Karela.

The Accra giants have won two of their last five games and have scored only four goals in the process, raising questions about the proficiency of their attack.

However, they have conceded only three goals in the last five games thanks to former Elmina Sharks shotstopper Richard Attah, who has been phenomenal for the Rainbow club.

Sharks on the other hand, have won four of their last five games including victories against Berekum Chelsea and Medeama SC.

Benjamin Boateng has been s key man for the Ndoum Boys bagging a brace against Berekum Chelsea and scoring the winner against regional rivals Ebusua Dwarfs.

But it is the trickery of Benjamin Tweneboah on the flanks that could be a source of worry for the Phobians.

Hearts have been solid defensively but have not been convincing at home after defeats to Berekum Chelsea and Asante Kotoko in Accra.

The Phibians are a point behind Sharks in 6th place and a further four adrift of league leaders Ashantigold.