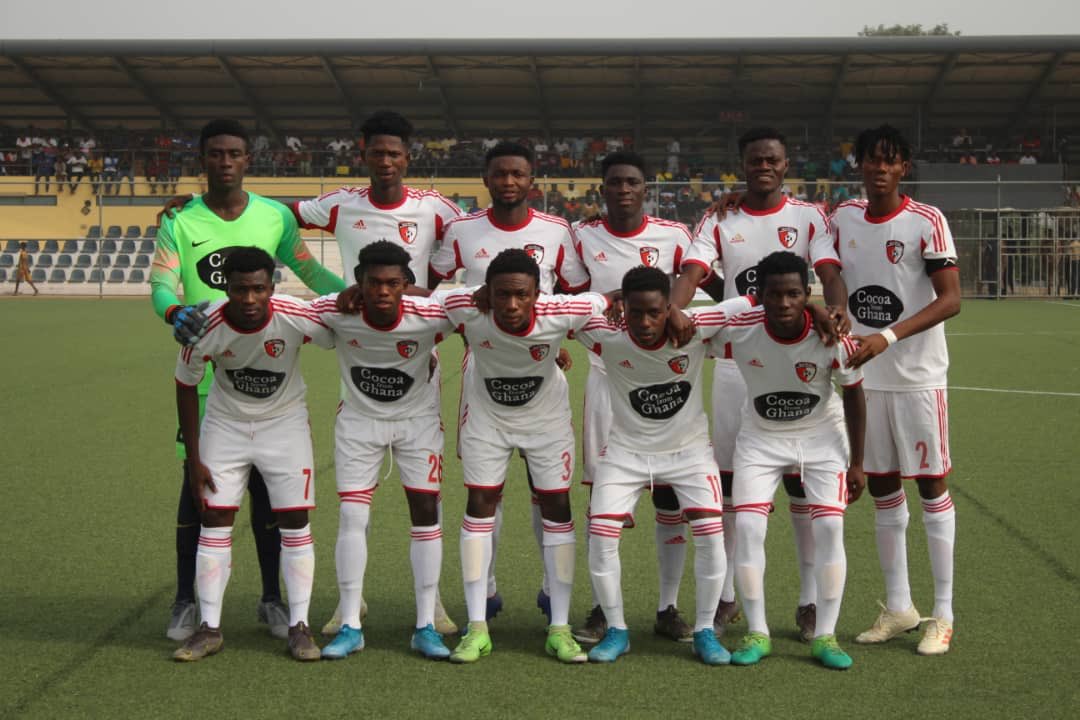 WAFA SC restored their demolishing setting and handed AshantiGold their worst ever Ghana Premier League defeat with a 6-1 drubbing in Sogakope on Sunday.

The Academy Boys were getting frustrated after going four matches without a win at home with their last coming in January against Ebusua Dwarfs.

The home team should have taken the lead in the 16th minute, but Richard Danso missed a glorious opportunity.

He blew the ball wide from 16 yards out after a beautiful cross from Augustine Boakye.

WAFA's territorial dominance earned them a corner kick in the 27th minute and centre back Konadu Yiadom jumped to head the ball into the net for the opener.

AshantiGold came close to snatching the equalizer just after the half hour mark but were denied by the woodwork.

But three minutes later, the Miners levelled things up when Amos Nkrumah, from close range, headed in a cross.

But WAFA bounced and regained the lead before the break when Andrews Ntim stole the ball from a defender inside the box to slot.

Two minutes in the second half, the Academy Boys won a penalty after Sampson Agyapong was fouled inside the box.

Captain Ibrahim Abukari stepped up and drilled in the third after sending the goalkeeper the wrong way.

With a quarter of an hour remaining, WAFA made it four and it was centre back  Yiadom who got to the end of a corner kick at the far post to connect home for a brace.

Seven minutes from time substitute Daniel Owusu perfectly finished off a nice threaded pass from Eric Asamany to make it 5-1.

At the death, head Prosper Narteh introduced youngster Haruna Molla Jalilu and his first touch of the ball resulted in a goal.

Yousoufou Atte whipped in a cross from the right and Molla turned it in to seal the big win over the Miners in their worst ever defeat in the top-flight.