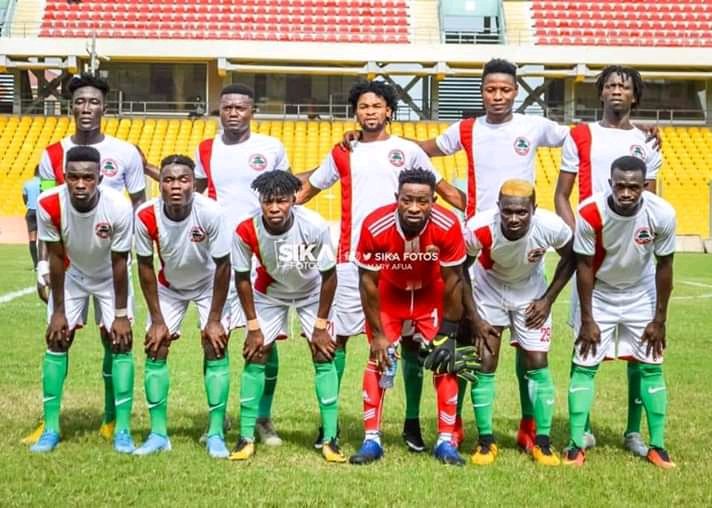 Eleven Wonders put the breaks on Berekum Chelsea following their 1-0 win in Week 13 of the ongoing Ghana Premier League at the Nana Ameyaw Park on Sunday.

Wonders commenced the match in a spirited fashion by probing the Chelsea goal area but could not break the deadlock.

Chelsea came into the game midway through the half and went close to fetching the opener but striker Jonah Attuquaye was denied from close range by goalkeeper John Moosie.

Both teams failed to change the scoreline as referee George Mawuli Vormanor blew his whistle to end the first half.

The Techiman-based side came out all guns blazing in the second stanza but the steady defense of Chelsea quelled off their incessant attacks.

The hosts shot into the lead in the 65th minute of the game through Musa Duke’s cool penalty strike.

Sule’s goal proved to be the difference between the sides as Eleven Wonders claimed their fourth victory of the season.

The win elevated Wonders to 10th with 18 points, with Chelsea sitting 4th with 23 points from 13 games.