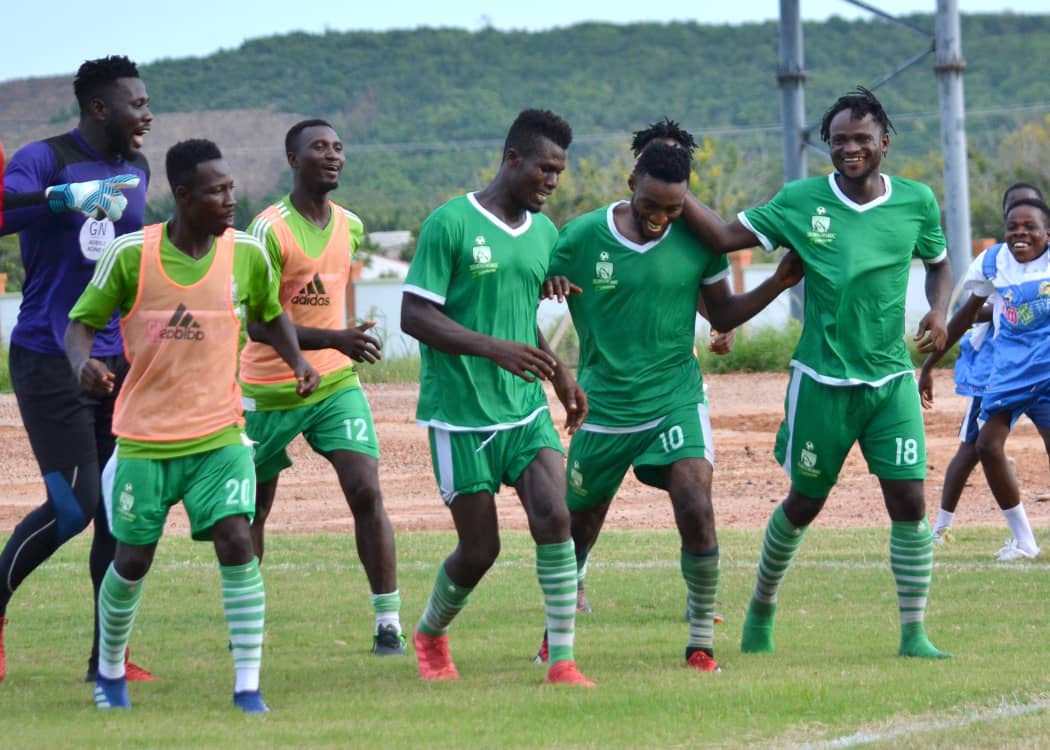 Elmina Sharks continued their rich form and accounted for Liberty Professionals 3-1 at the Papa Kwesi Ndoum Sports Complex on Saturday in the Ghana Premier League.

Yaw Acheampong's side have now gone five matches without defeat and this was their third home win of the campaign.

Sharks fired the warning shot in the 8th when Benjamin Tweneboah struck the side post after beating the offside to collect a pass inside the box.

But seconds later Tweneboah, nicknamed Neymar, slotted home the opener after he was lovely teed up  by Rasta-haired Augustine Owusu.

In the 35th minute, Owusu also shot from inside the box during a melee, but it went straight into the waiting arms of goalkeeper Shaibu Ganiwu who needed two attempts to catch it.

Liberty made a move to snatch the leveller when Wayo made an enterprising run and released the ball to Elvis Kyei Baffour inside the box but he was neatly dispossessed.

Sharks produced a brilliant team goal before the half time whistle after going a break from a defended corner-kick.

Augustine Owusu dummied his marker before threading a long ball which found Tweneboah and the latter used his speed and skill to outwit Samuel Amofa before racing into the box and unselfishly squared a pass for on-rushing Alhaji Mustapha to score.

Sharks made it three-nil five minutes into the second half after Richard Mpong's free kick from the left was headed into the net by Owusu.

On the hour mark, Kyei Baffour missed a glorious opportunity to reduce the deficit after being put through clear on goal by Michael Sefah and he shockingly shot wide.

Mubarak Alhassan capped a virtuoso performance with a goal after taking on three players before firing home, but there was an element of luck as the ball bounced off the turf to beat the goalkeeper in the 68th minute.

Alhaji Mustapha denied himself a brace after 71st minutes when he dragged his shot from the area wide.

The winger controlled Samuel Arthur's cross from the left flank, but his effort to the bottom corner was off target.

Liberty nearly got one more in the closing stages when Mubarak Alhassan surged forward and tried to square the ball to the right flank from the box but it deflected for a corner.