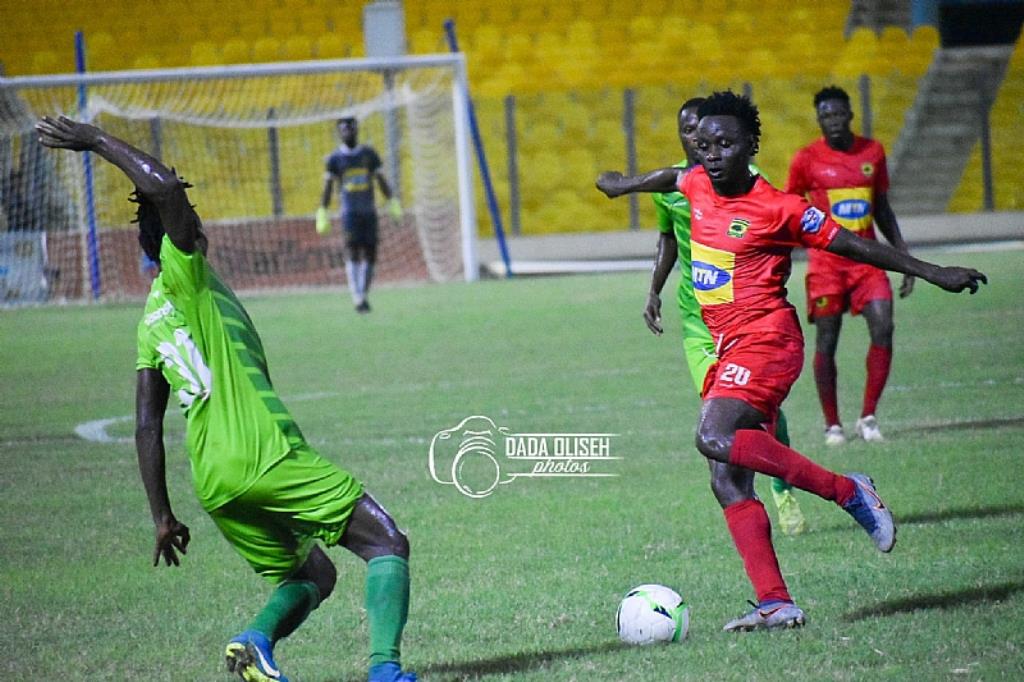 A highly-competitive game is expected at the Accra Sports Stadium when Asante Kotoko host Elmina Sharks in a Ghana Premier League matchday 14 clash on Thursday night.

Both teams are in great form coming into the match. Asante Kotoko have won two straight wins after going three matches without a win.

The Porcupine Warriors secured a 3-1 victory at the expense of Bechem United in Accra before an early strike by William Opoku Mensah earned them a 1-0 away win against Karela United.

They will be hoping for a third successive victory which could help overtake leaders Medeama.

For Elmina Sharks, they have become title contenders after going five games without a defeat including a 1-1 draw in their last visit to Accra when they faced Hearts of Oak.

Only three points separate the two teams. Second-placed Kotoko have 24 points while Sharks are 6th with 21 points.

Despite their impressive form, It's Kotoko, who will feel more confident with one of their best players Sogne Yacouba back in the squad.

The striker played for the first time in over a month in the 1-0 win against Karela. He had been sidelined due to contractual issues but reports suggest he and the club have reached a deal.

Kotoko have won two and lost one of the last three meetings.