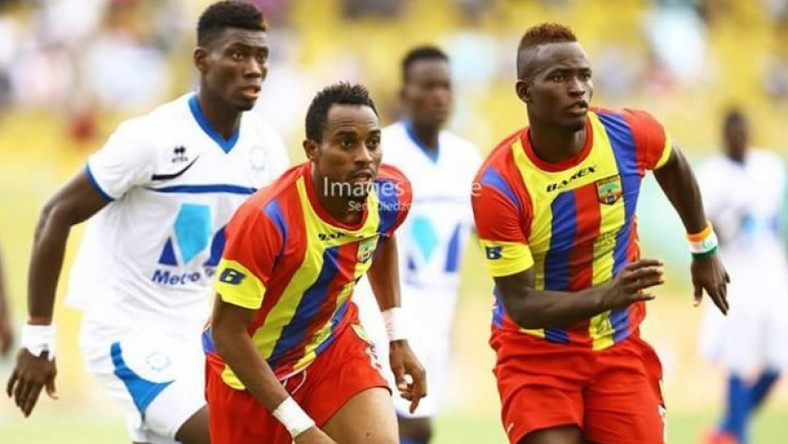 Hearts of Oak will be chasing their first win in four games when they host local rivals Great Olympics on Wednesday.

The Phobians are under pressure from fans after just a win in their last six games, which has seen the Rainbow club go six points adrift off leaders Medeama SC.

Midfielders Emmanuel Nettey and Fredrick Ansah Botwe could return to the starting line up after both missed the 1-1 draw against Inter Allies last Sunday.

Meanwhile, Great Olympics will be without deputy captain Gladson Awako, who suffered a fracture to his arm ruling him out of the derby.

His absence will be a major loss for the Wonder club, who have been dependent on the services of the former FIFA U-20 World Cup winner.

Hearts of Oak are one of the least scoring teams in the Ghana Premier League, having scored just 11 goals in 13 games, a problem Coach Edward Odoom is trying to fix.

However, their opponents Great Olympics have one of the worst defence in the league, after shipping in 15 goals in 13 matches.

The two sides met before the start of the season in the Homowo Cup, which was won on penalties by the Rainbow club.