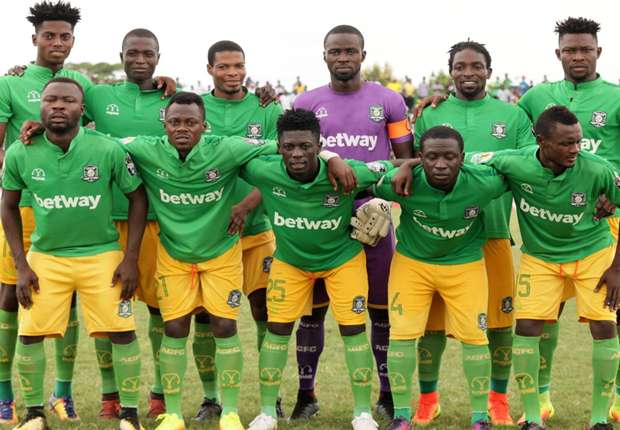 Aduana Stars inflicted a 1-0 defeat on WAFA in Week 14 of the 2019/20 Ghana Premier League at the Sogakofe Red Bull Park on Wednesday.

The Academy Boys dominated opening period of the game and had chances to break the deadlock but were wasteful.

Despite starting the second half in similar fashion as the first stanza, it was Aduana Stars who looked likely to fetch the game’s opening goal as they were threatening anytime they move into the goal area of the hosts.

The Fire Boys’ improved second half display saw them score the opening through danger-man Yahaya Mohammed in the 65th minute.

Mohammed had been a pale shadow of himself after being shut out of the game by Ibrahim Abukari.

He however picked his moment by capitalizing on one slip from the WAFA skipper to put the visitors ahead with a thumping strike.

WAFA came into the game strongly as they went in search of the equalizer but Aduana’s defensive tactics ensured they left the Sofakofe Red Bull Park with the maximum points.

The result left WAFA on 8th position with 19 points while Aduana retained their spot at the summit with 27 after 14 round of games.