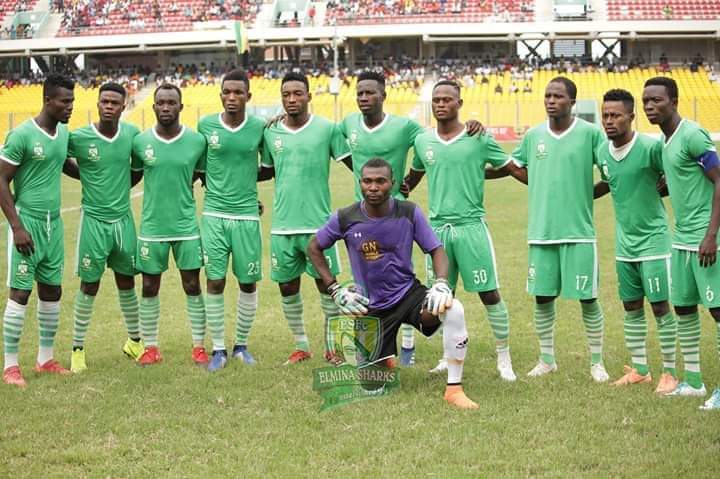 Elmina Sharks are in a good run of form ahead of their match day 15 fixture against Dreams FC on Sunday.

The Cape Coast based team will be searching for a win against Dreams FC at the Nduom Sports Stadium.

Sharks held Asante Kotoko to a draw at the Accra Sports Stadium on match day 14 while. Dreams also picked a point against Karela.

Both teams will be eyeing a win in this game to secure their respective places on the league log as the first round of the league comes to an end.

Elmina Sharks are unbeaten in their last three games at the Nduom Sports Stadium.

Sharks were able to secure vital points against Hearts of Oak and Asante Kotoko in the league this season.

The home side look favorites ahead of this fixture due to their impressive form.

Elmina Sharks are unbeaten in their last five games in the league.

Meanwhile Dreams FC will be hoping to return to winning ways.

The Still Believe club have not been impressive away as they are yet to record a win in their last three games.

Dreams have recorded one loss and two draws in their last three away games.