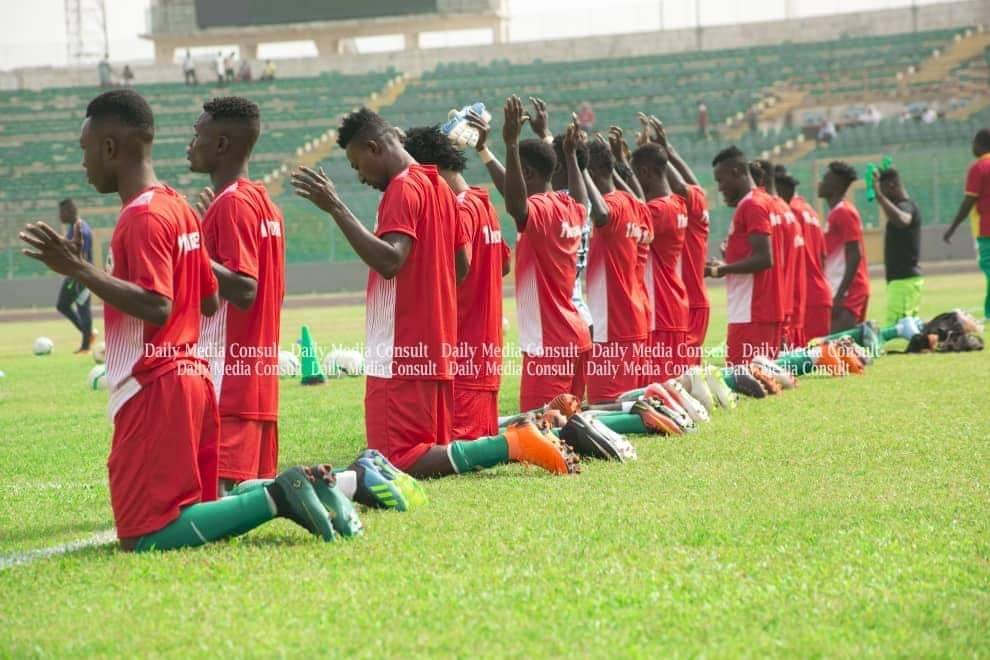 Eleven Wonders FC will be hoping to bounce back from their opening day defeat when they tackle Dreams FC at their favourite Nana Ameyaw park on Sunday.

The Techiman based were pipped 1-0 by Asante Kotoko SC last week in Kumasi.

After conceding as early as the 3rd minute Eleven Wonders came back stronger in the game to prevent further goals as goalkeeper John Moosie was adjudged man of the match with his great saves.

This fixture will be the first at home for coach Ignatius Osei Fosu who took over just three days to the season's kick-off. He has vowed to make the Nana Ameyaw park a fortress to visiting teams this campaign.

If this is achievable then it starts with getting a win over Dreams FC on the weekend.

Dreams FC are making a trip to Techiman with some great morale in camp as they smashed King Faisal Babes by 4-1 in the opening fixture a week ago in Dawu.

Emmanuel Ocran netted a brace and set up another goal on his debut for the "Still Believe" side. He is the one expected to the lead the team this season.

Winning the first two games is the perfect start any ambitious club would want get in a new league season. Dreams FC are aiming for this by clinching victory in Techiman on Sunday.

Karim Zito is expected to parade the same team he used to baptise King Faisal Babes with a 4-1 scoreline last week at the "Theatre of Dreams" in Dawu.