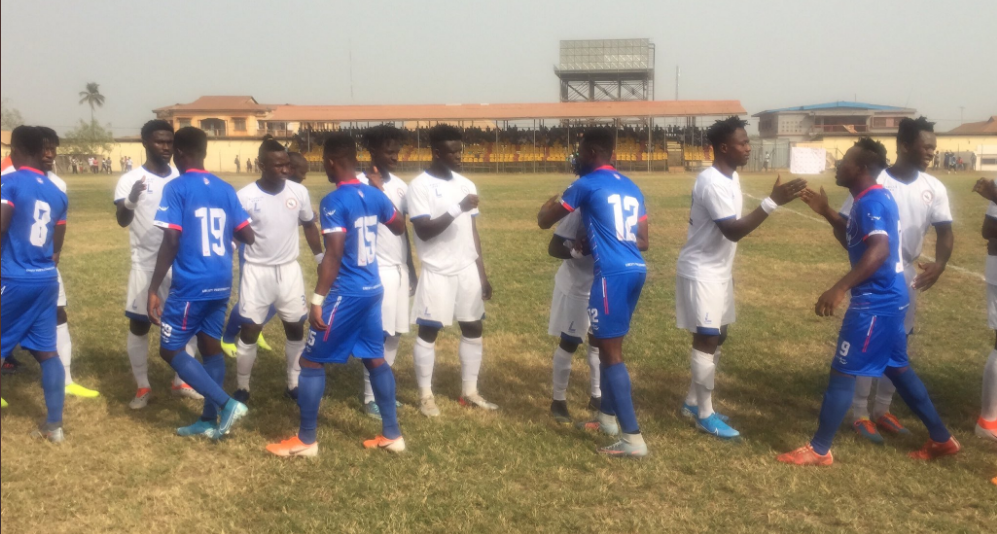 Liberty Professionals picked a vital point away against Berekum Chelsea at the Golden City Park in match day two of the 2019/20 Ghana Premier League.

The game ended 0-0 as both sides failed to score.

Chelsea were seeking for their second win of the campaign while Liberty looked to picked their first win of the season.

Berekum Chelsea had the best chance of the game in the 38th minute but they failed to make it count as the ball went off the post.

Chelsea were awarded a penalty in the  72nd minute by Ganiu missed his spot kick.

Ganiu got another chance to make amends after his failed spot kick but was denied by the goalkeeper.

Chelsea dominated in both halves but failed to put the ball at the back of the net.