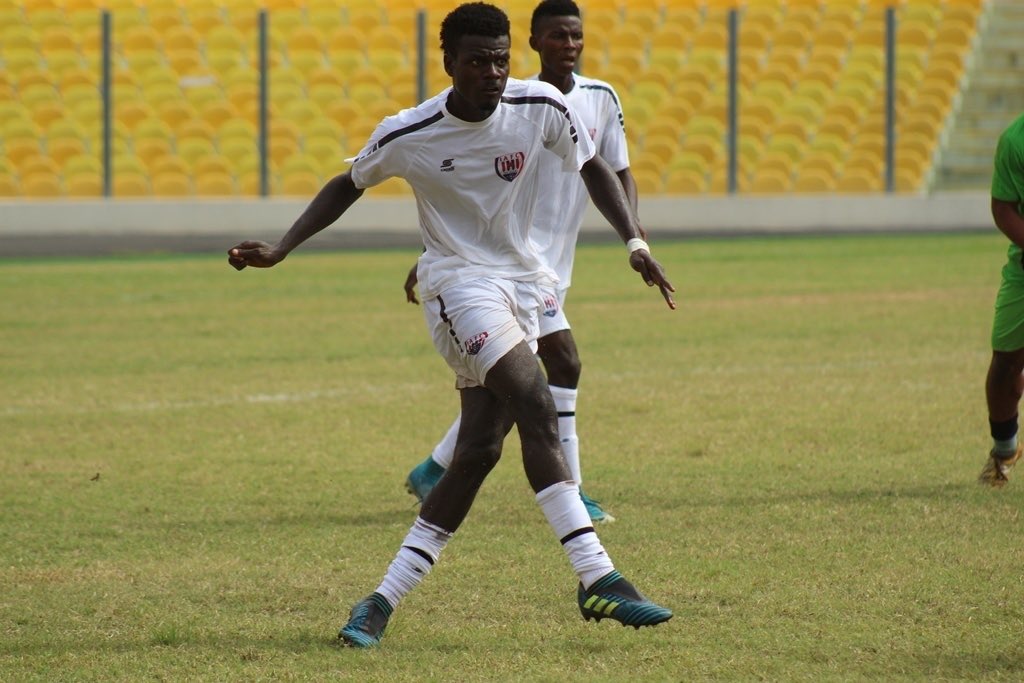 Inter Allies fended off competition from Bechem United to post a 2-1 win at the Accra Sports Stadium on Saturday, 4 January, 2020 in the Ghana Premier League.

The Eleven Is To One needed to bounce back to winning ways after an opening day 4-0 drubbing at Aduana Stars.

They showed their hunger and desire and grabbed the go-ahead goal in the ninth minute after taking control of the game right from kickoff.

Captain of the day, Victorien Adebayor played Kyeremateng through on goal and he converted facing the goalkeeper one-on-one.

But they were pegged back when defensive midfielder Salifu Moro outjumped his markers to head in the equalizer.

Three minutes before the interval, Allies managed to regain their lead through Adebayor.

Richard Acquaah gave a strong pass from right back to the Niger international in the center but the last man was slow and Adebayor ran past him to go one on one with the goalkeeper and he slotted home nicely.

At the start of the second half, Bechem United made two quick changes

Five minutes into the game, Allies struck the bar twice as Samuel Armah and Michel Otou efforts hit the post.

From there, both team failed to convert chances and the scoreline remained the same.