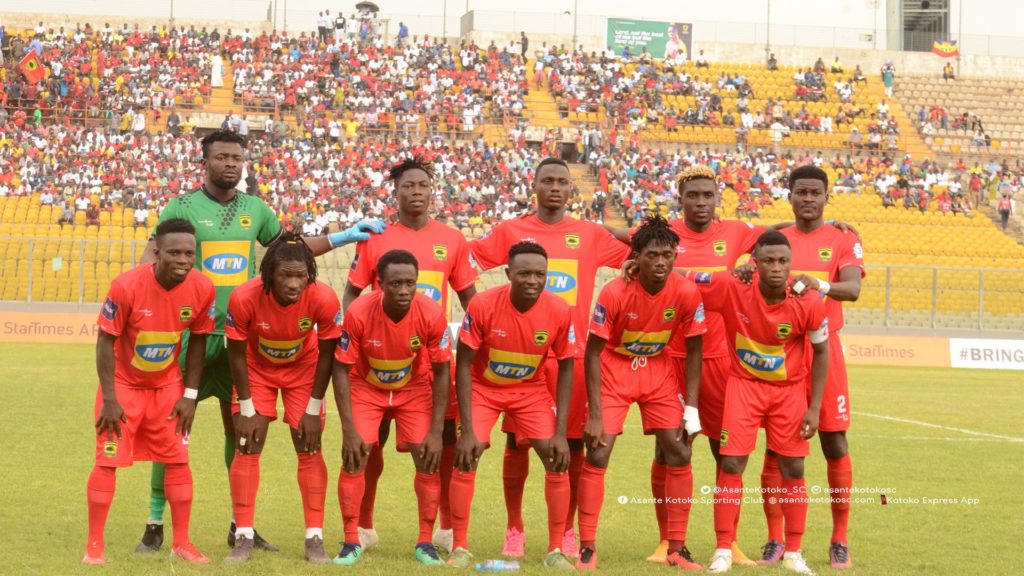 Asante Kotoko have lost for the first time this season after falling to a surprise 1-0 defeat against Berekum Chelsea at the Baba Yara Stadium on Sunday.

It is the same scoreline that Berekum Chelsea recorded when they visited Kotoko's arch-rivals Hearts of Oak on matchday one.

The Blues had been written off ahead of the game. Fair enough, due to Kotoko's explosive start to the season earning two straight wins compared to their's one win and a draw.

But they had other ideas as they executed their strategy to perfection. Chelsea made the best possible start in the afternoon and found the back of the net in the 7th minute.

Kofi Owusu received a brilliant pass inside the box from Jeorge Ranchi and he beat Felix Annan with a shot into the left bottom corner.

Kotoko, after conceding poured men forward in search of an equaliser. They had a penalty appeal waved away by referee Charles Bulu in the 17th minute.

Their best chance in the first half came in the 28th minute. Emmanuel Gyamfi managed to go through two Chelsea defenders to cut into the penalty box with a sweet run from the left-wing but his shot was well-saved by Chelsea goalkeeper Ibrahim Danlad, who is on loan from Kotoko.

The continued piling on the pressure in the second half with Songne Yacouba and Augustine Okrah coming close to finding the equaliser.

At the other end, Jonah Attuquaye forced a brilliant save from Felix Annan with a shot outside the box in the 70th minute.

Kotoko suffered a massive blow in the 76th minute when defender Empem Dacosta was given a second yellow card and a subsequent red for an off-the-ball incident.

Berekum Chelsea managed to see out the game with the man advantage.